Bridge over the Serchio; SS12; Lucca

The deck is structurally composed of a continuous beam with a constant section supported by hangers attached to an arched structure in steel structure.

The beams of the deck, weighing approximately 115 tons, were prefabricated in an area adjacent to the work, transported and erected by means of large-capacity mobile cranes.

SPIC designed and built the formworks for the prefabrication of the beams, produced and erected the beams, mounted the arches and hangers according to an assembly procedure that SPIC itself studied. 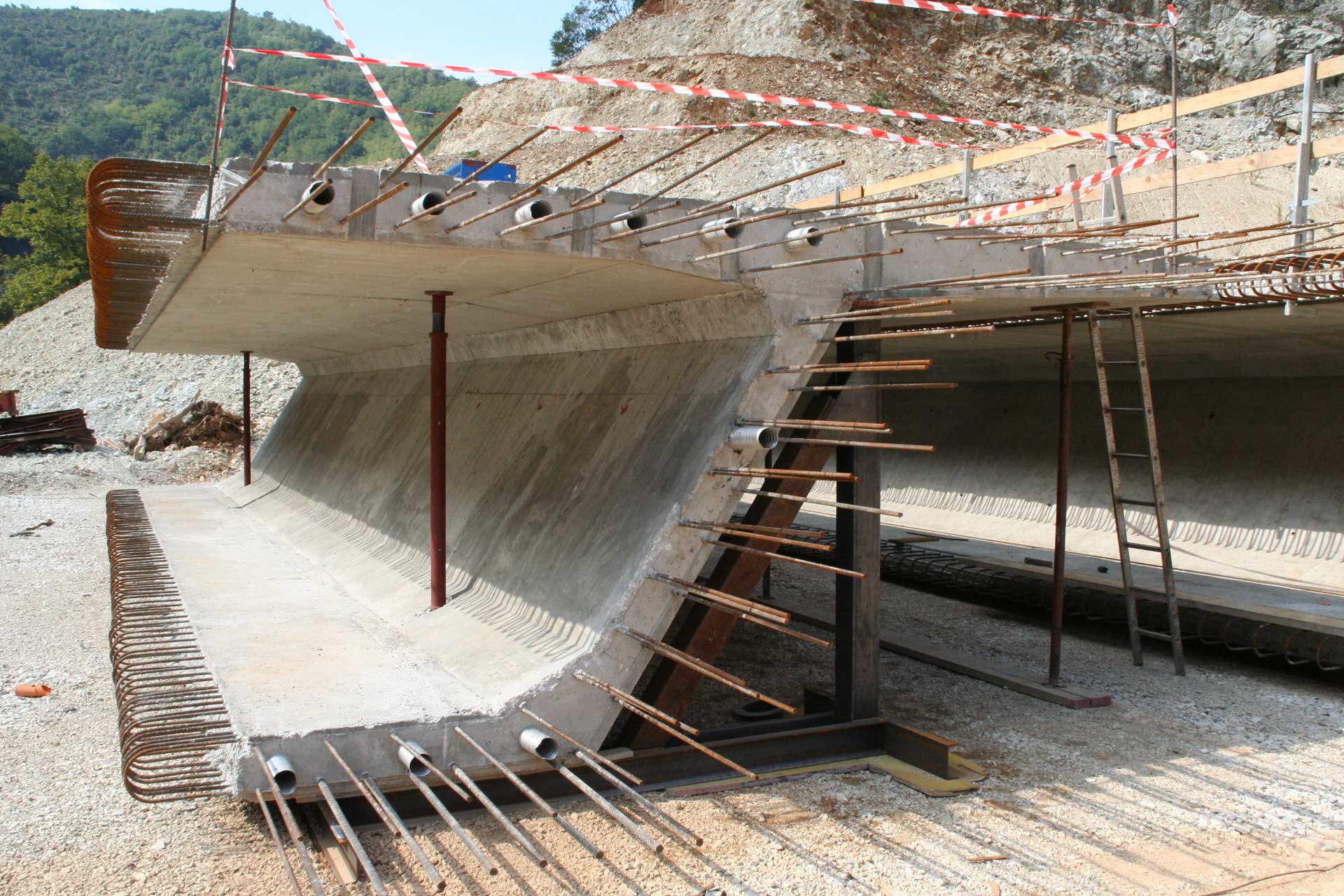 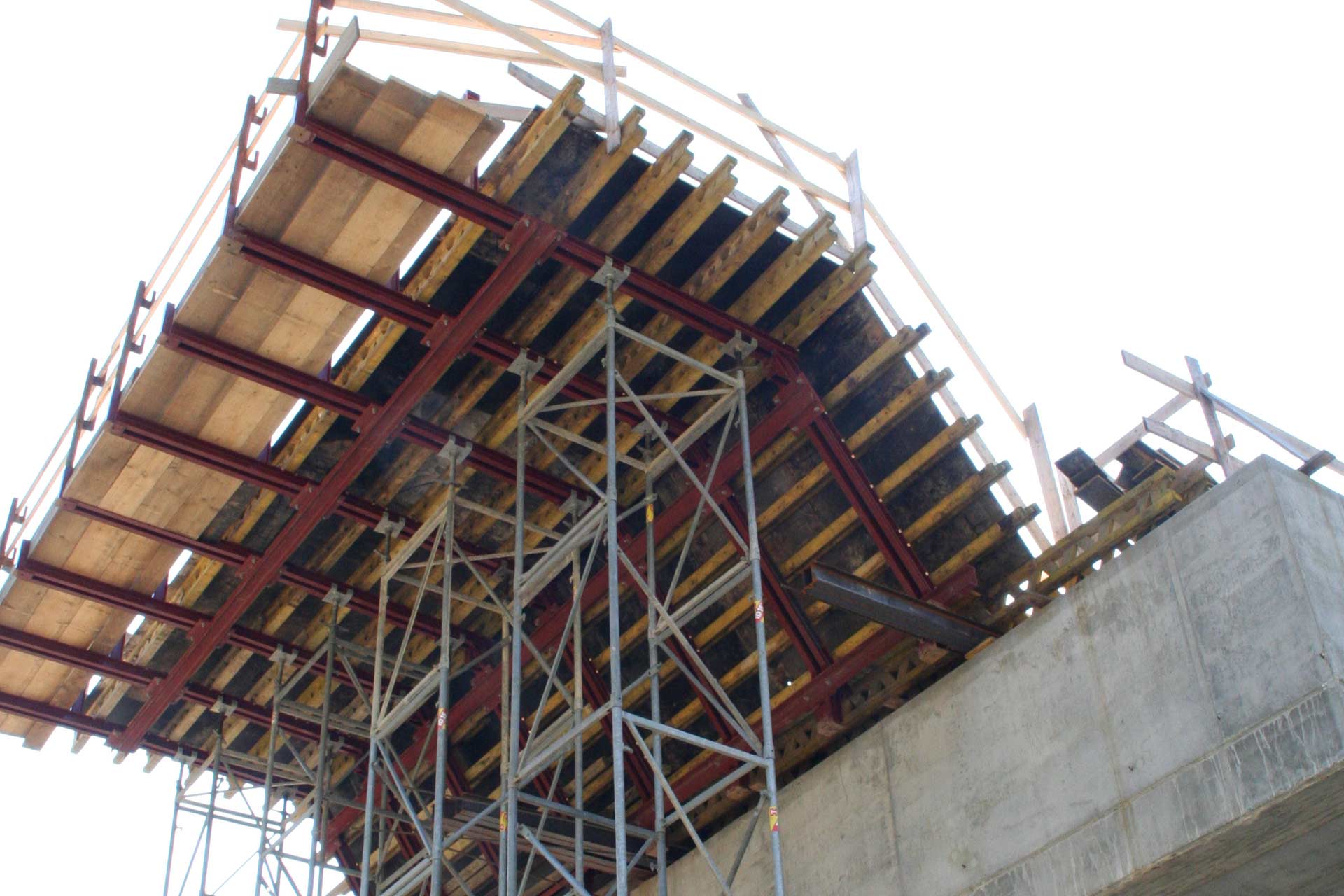 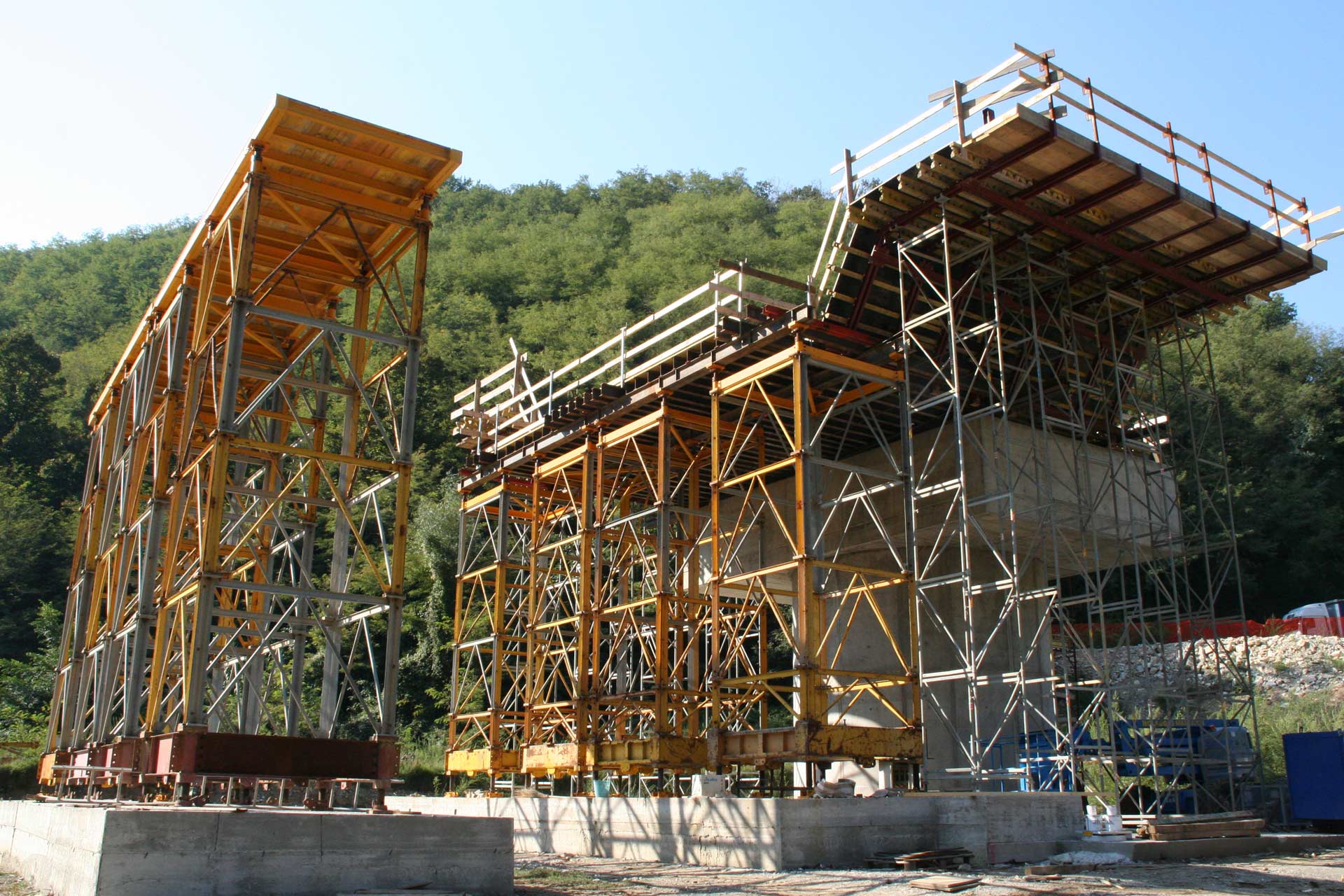 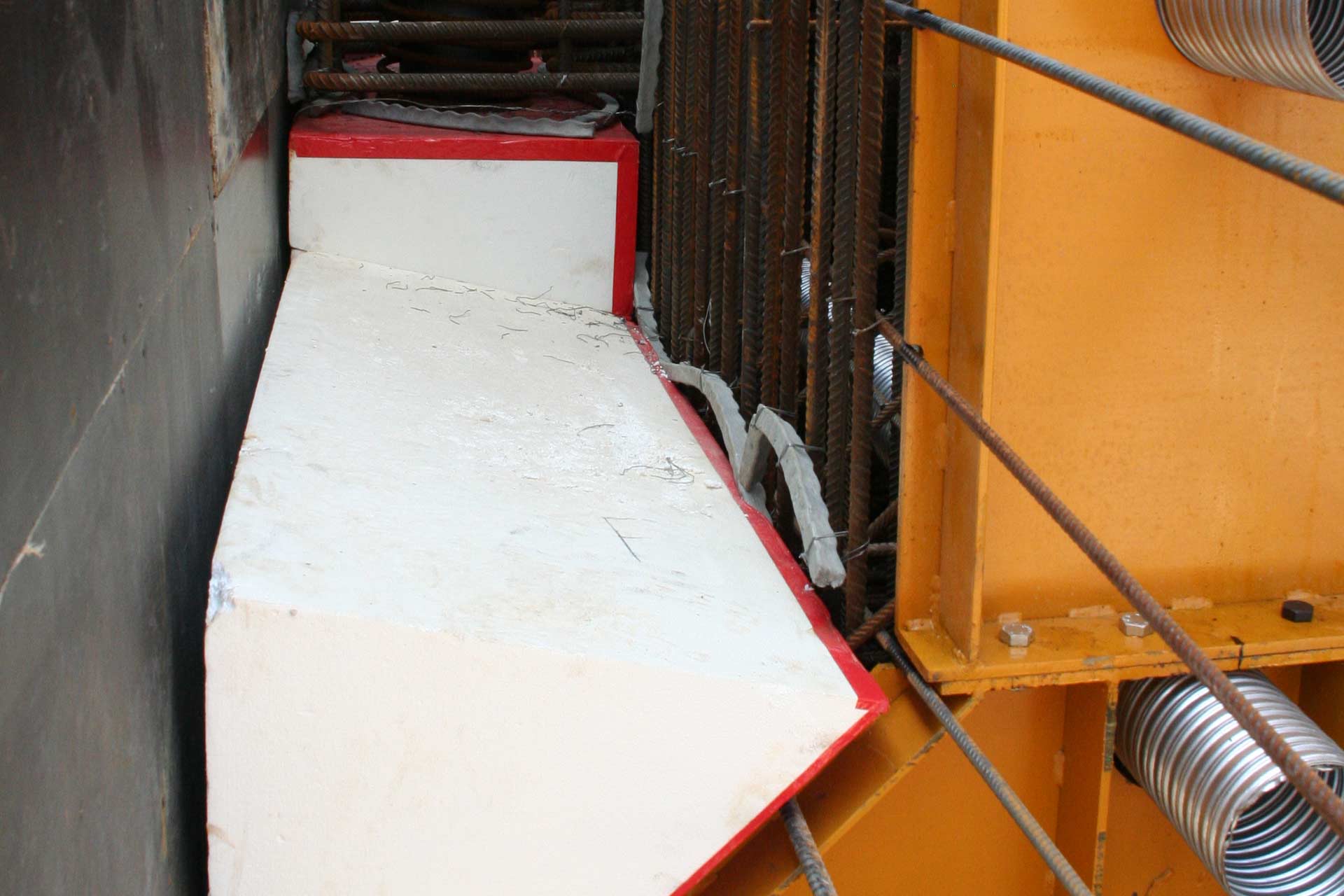 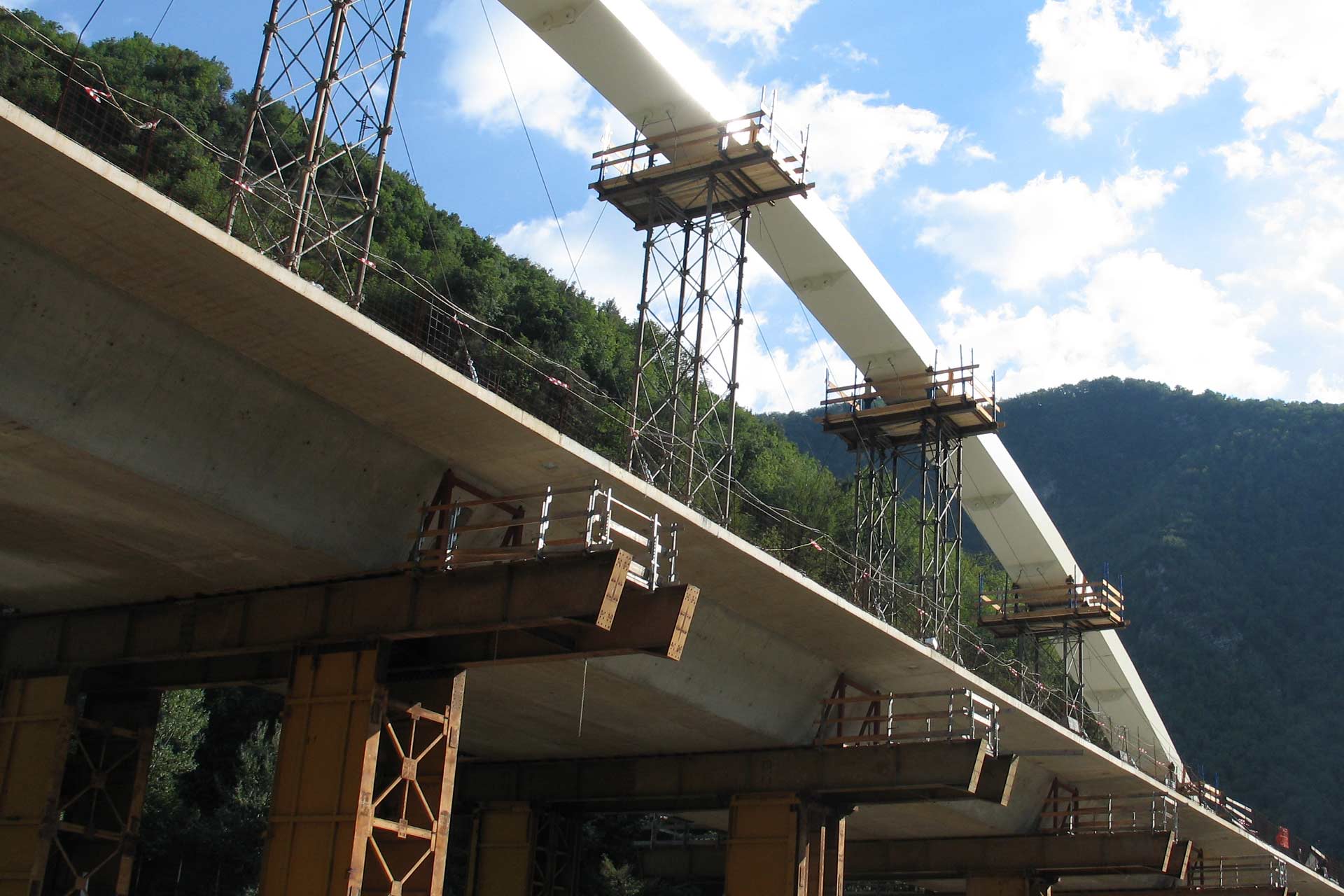 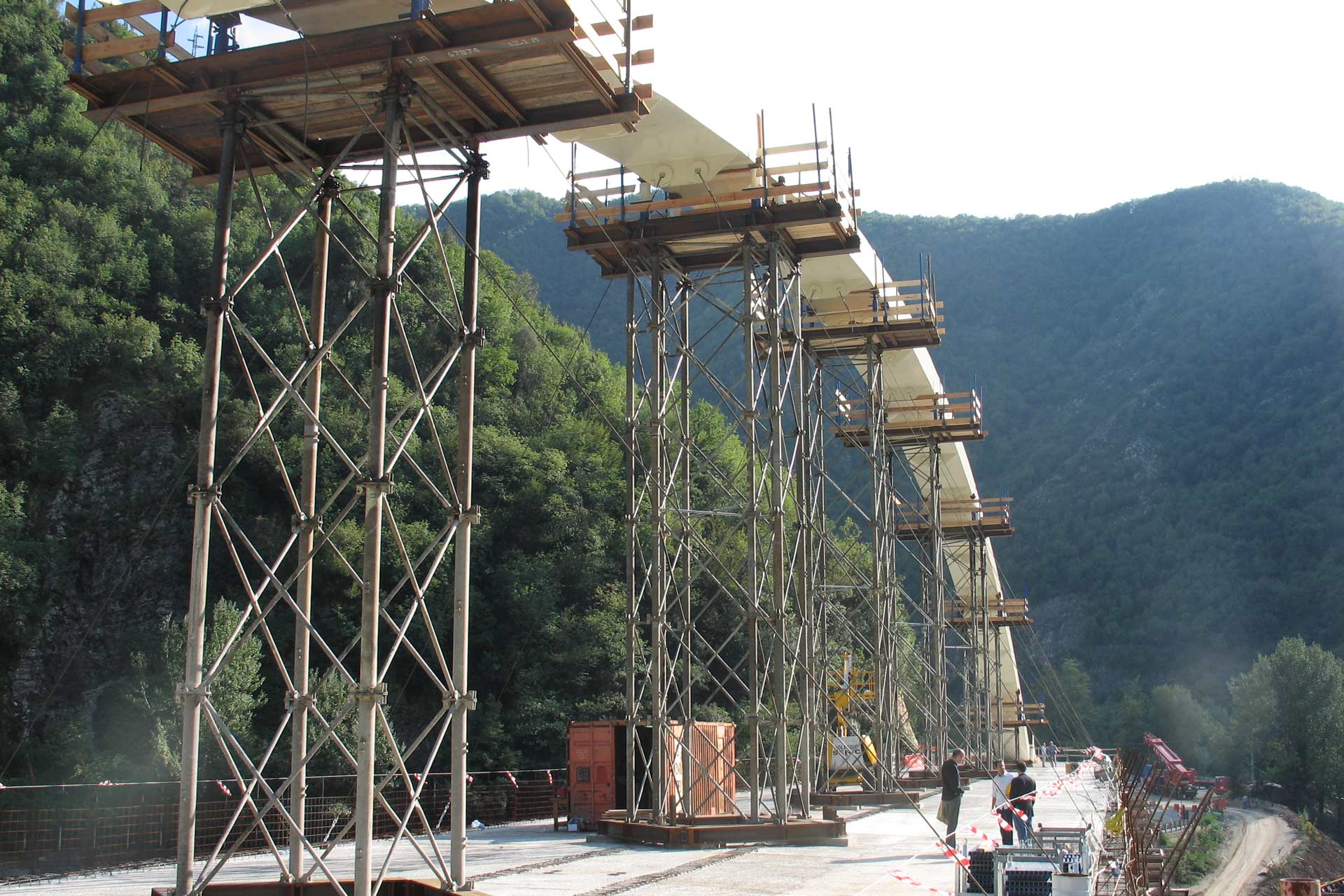 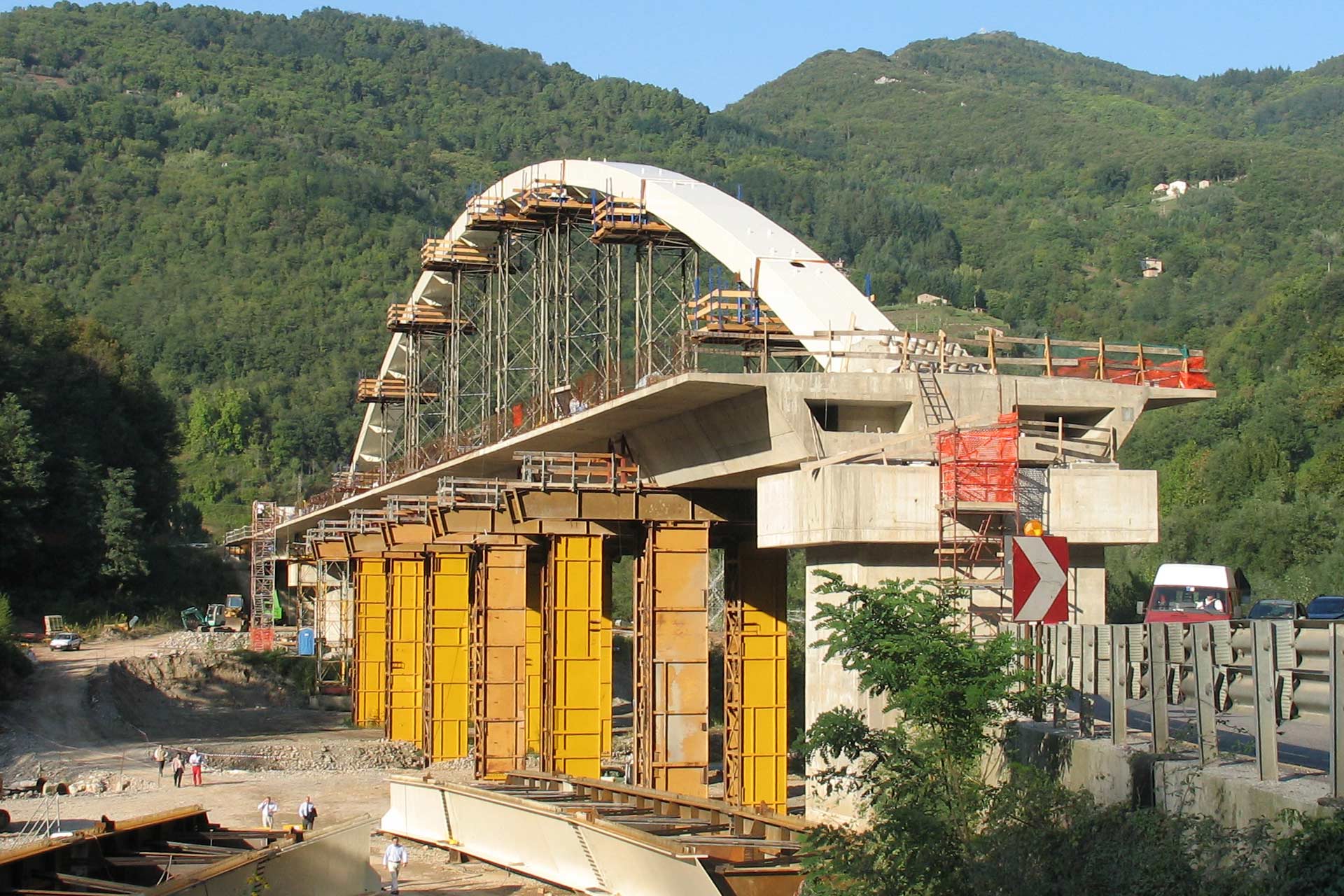 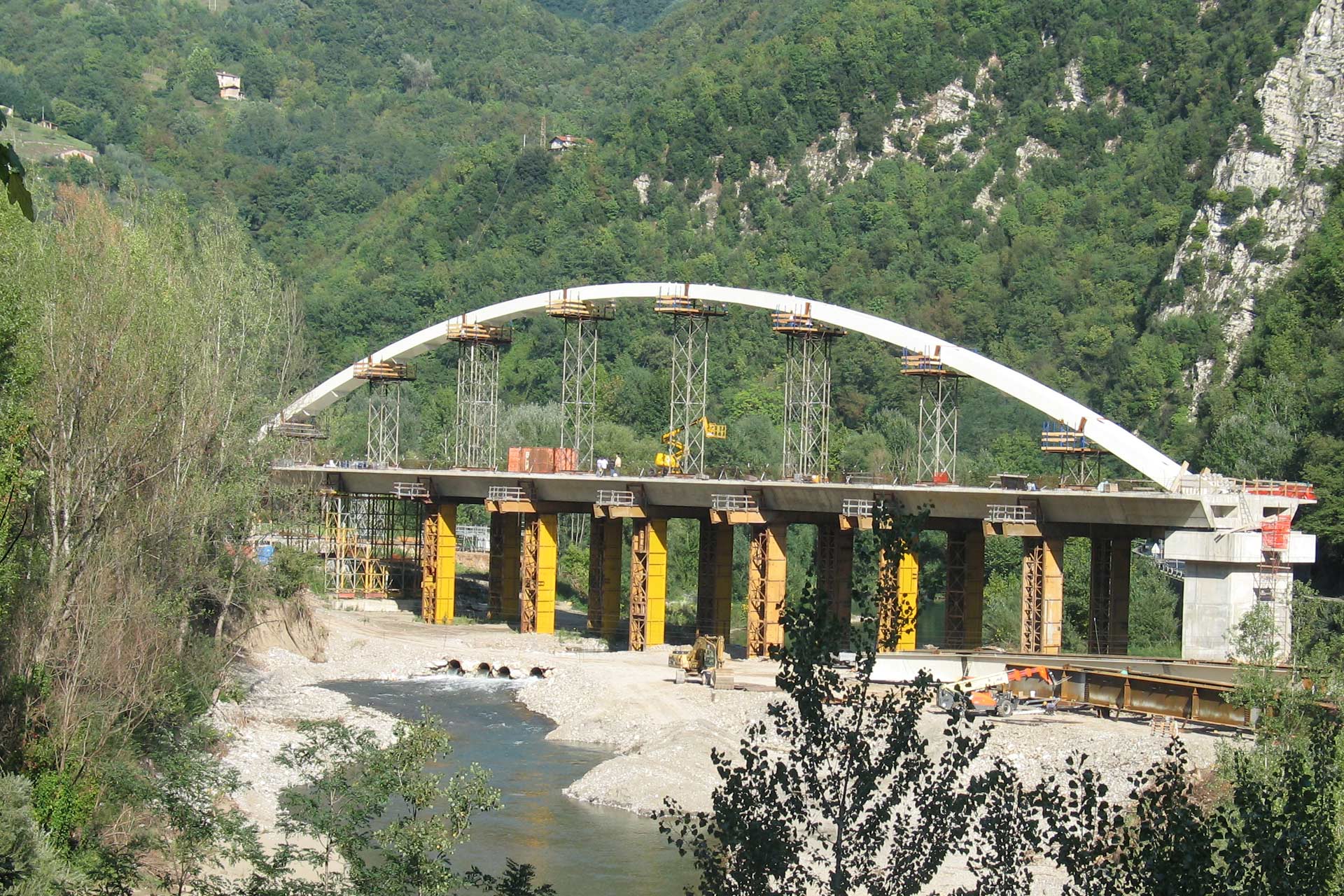 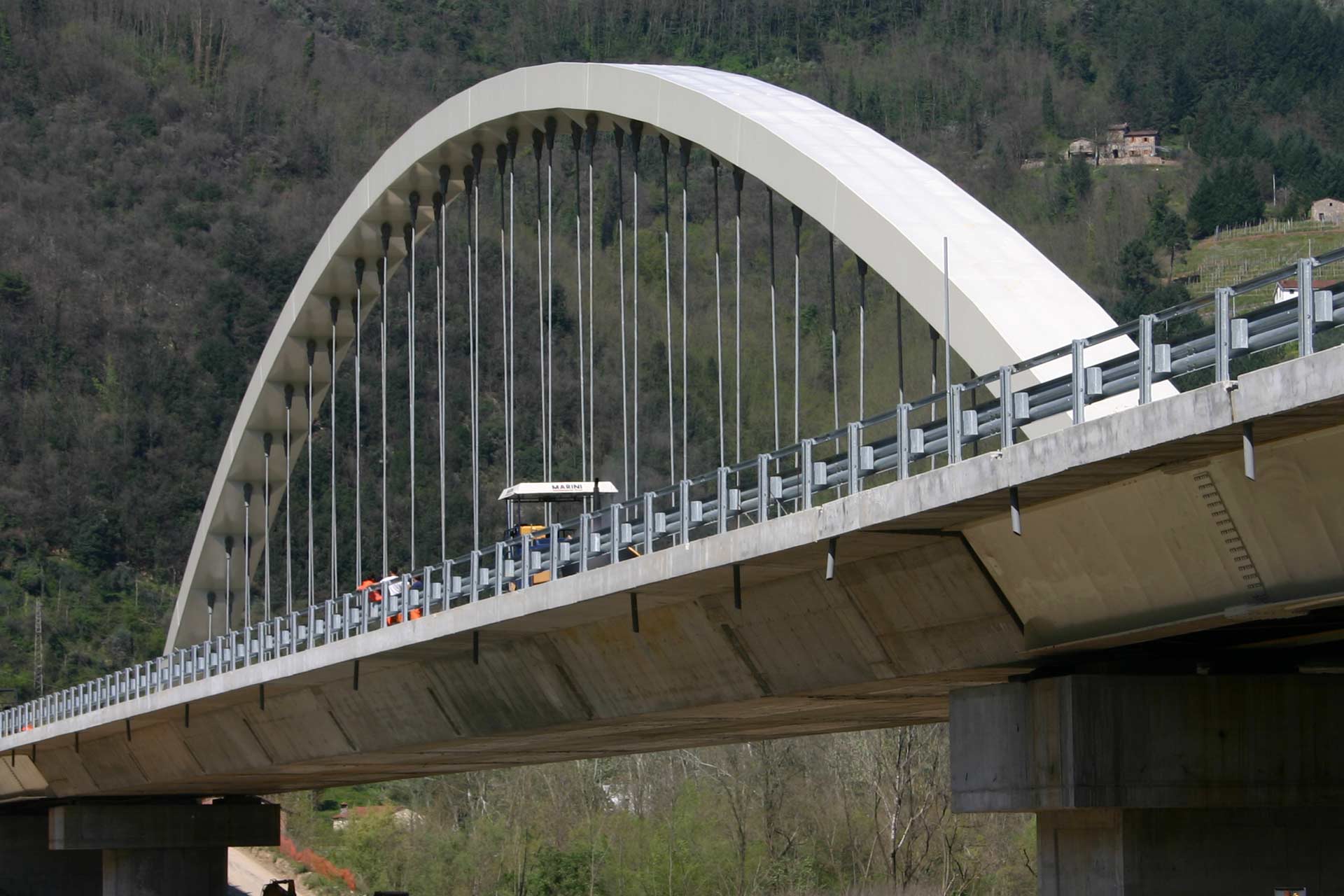 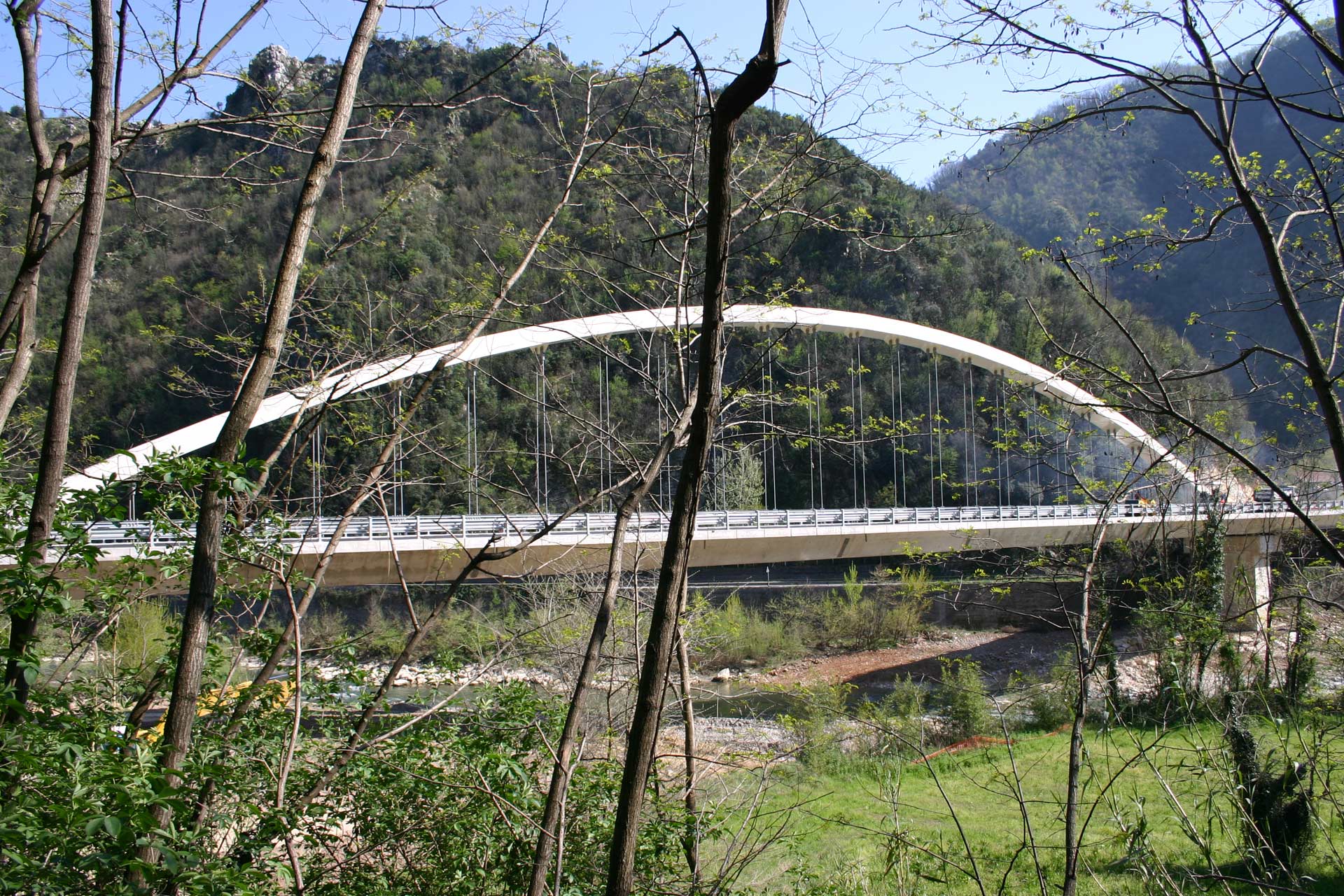