Home - References - Bridge over the Po in Piacenza

Bridge over the Po in Piacenza

A construction in record time

The work is a continuous steel structure, with a reticular beam and an orthotropic slab deck.

It can be fully inspected thanks to a service walkway that runs below the deck in operation.

The structures have a weight of 8,000 tons. The maximum weight of the single span is 610 tons.

SPIC carried out the assembly, painting, transport and incremental launch of the deck.

For the construction of the bridge, a prefabrication plant covered at the base of one of the two shoulders of the bridge was created, consisting of two separate sheds in which the assembly and welding of the components was carried out, the metallization in the welded joint areas and painting.

The surface treatment of the structures is highly performing and guarantees a life cycle of 50 years without intermediate maintenance, through galvanizing and metallization and painting processes.

The production plant, after start-up, made it possible to produce a full span every two weeks.

The spans thus prefabricated were transported with an ingenious system of skids and winches up to the launch line, to be then welded together and launched along the final launch line.
Thanks to a careful study of the activities on site and using assembly technicians with great experience and ability, the work was carried out in record time.
Processing
steps 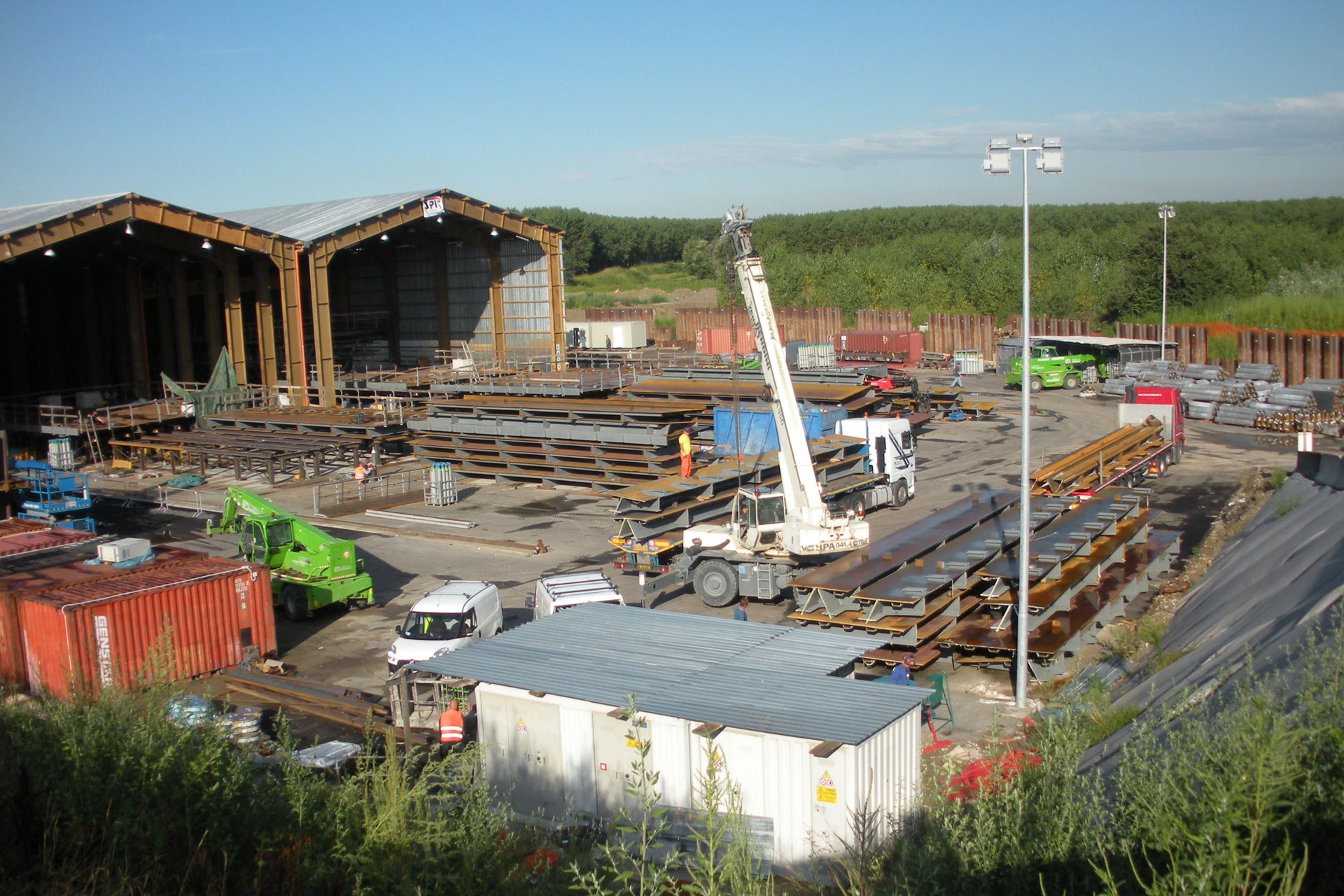 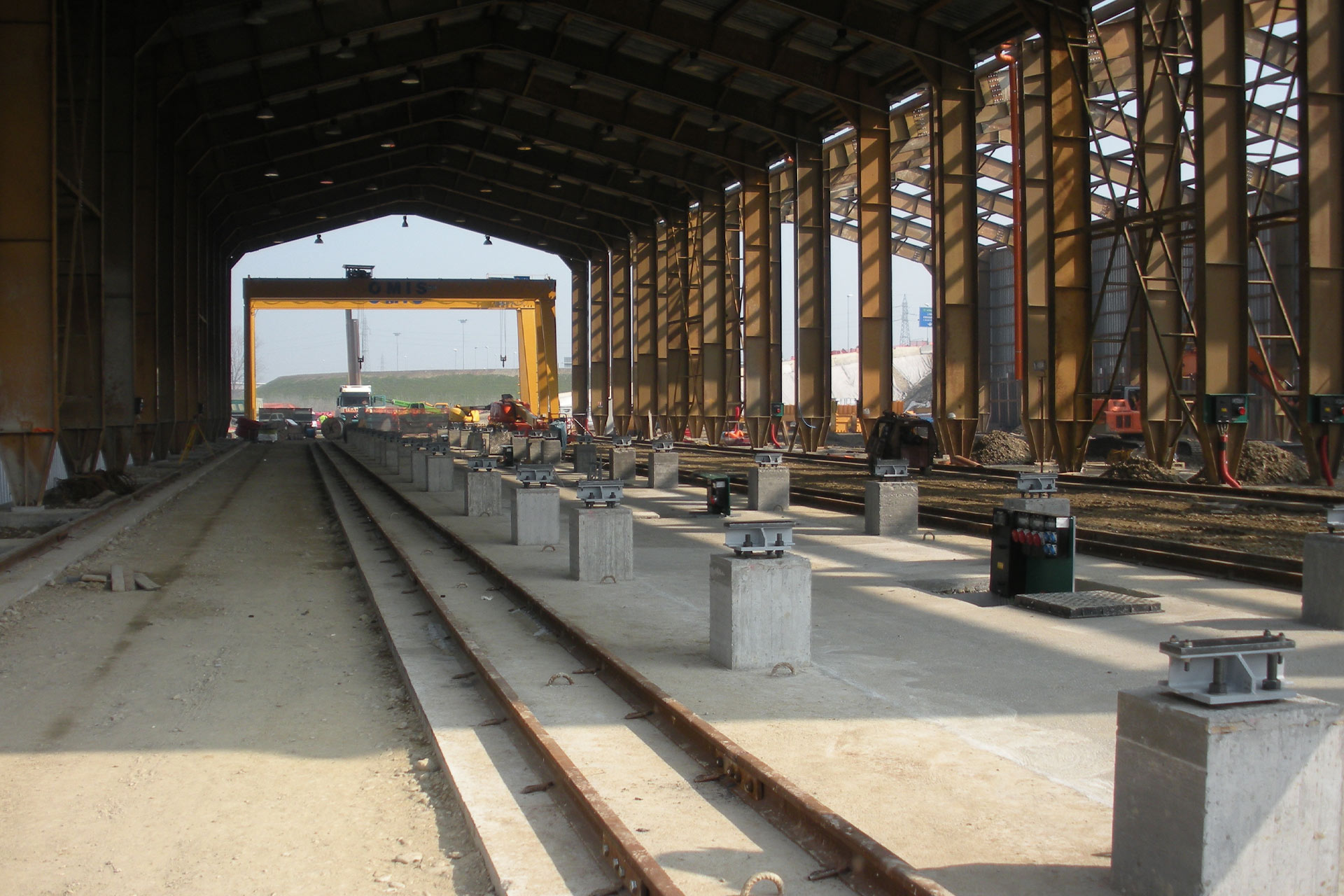 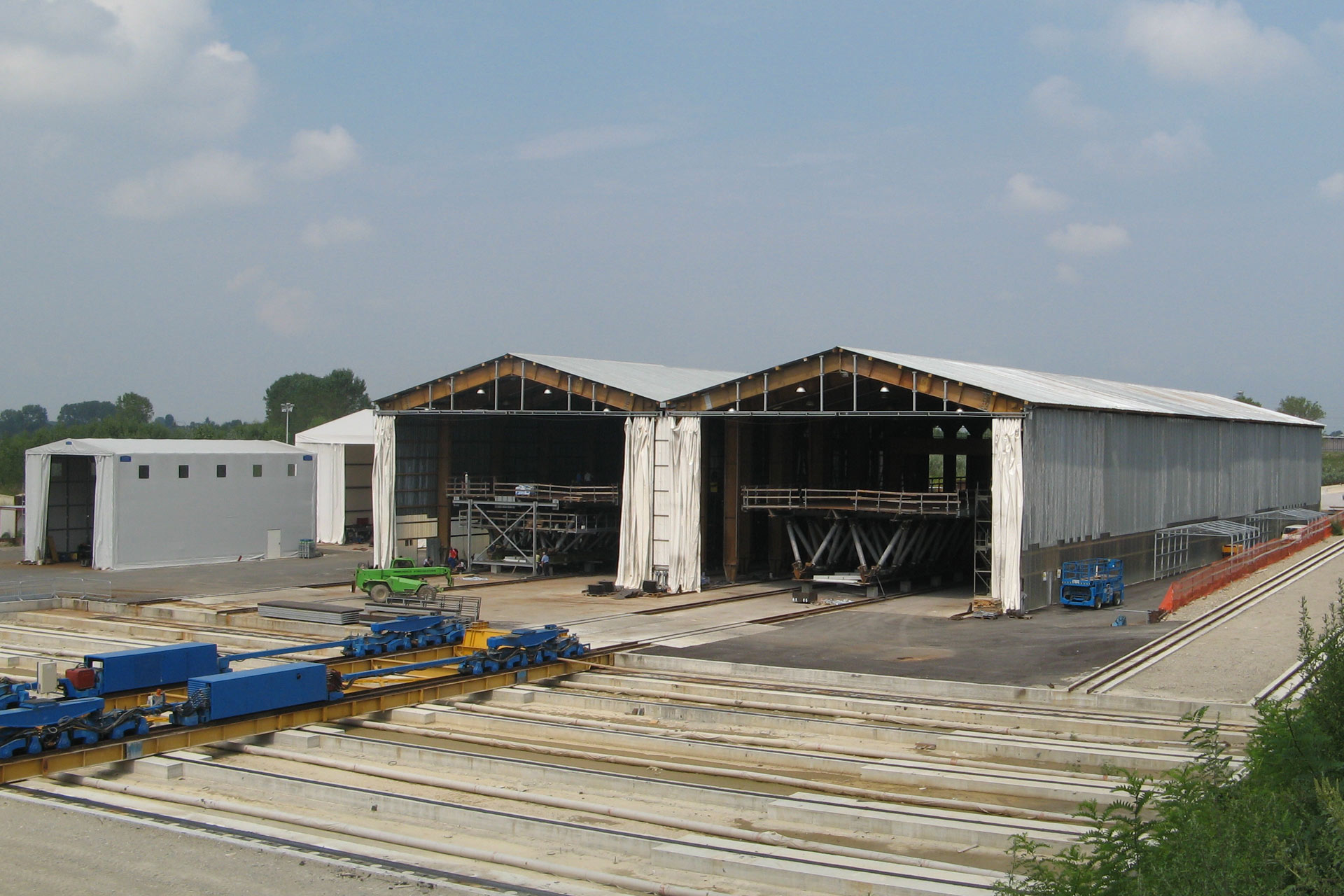 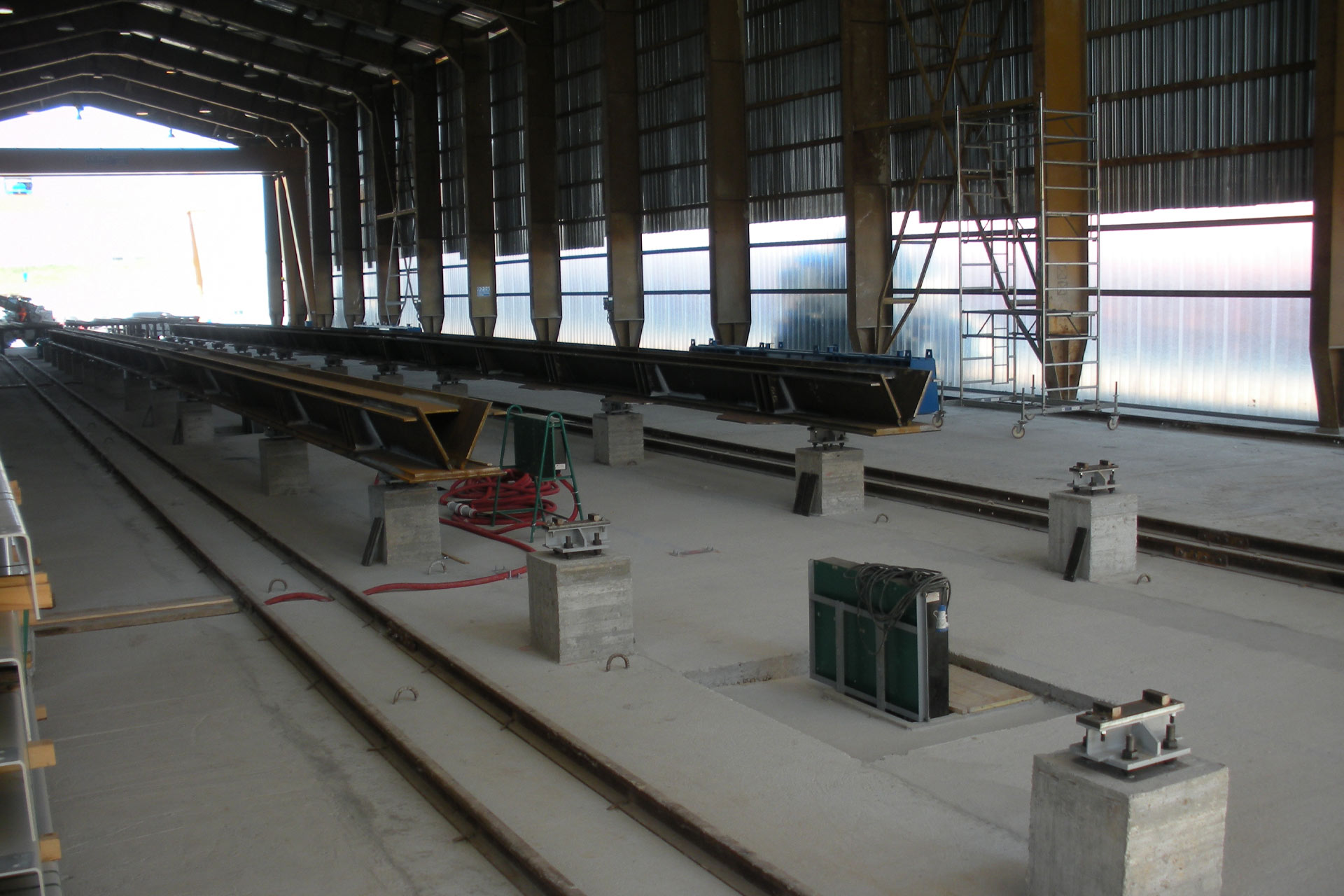 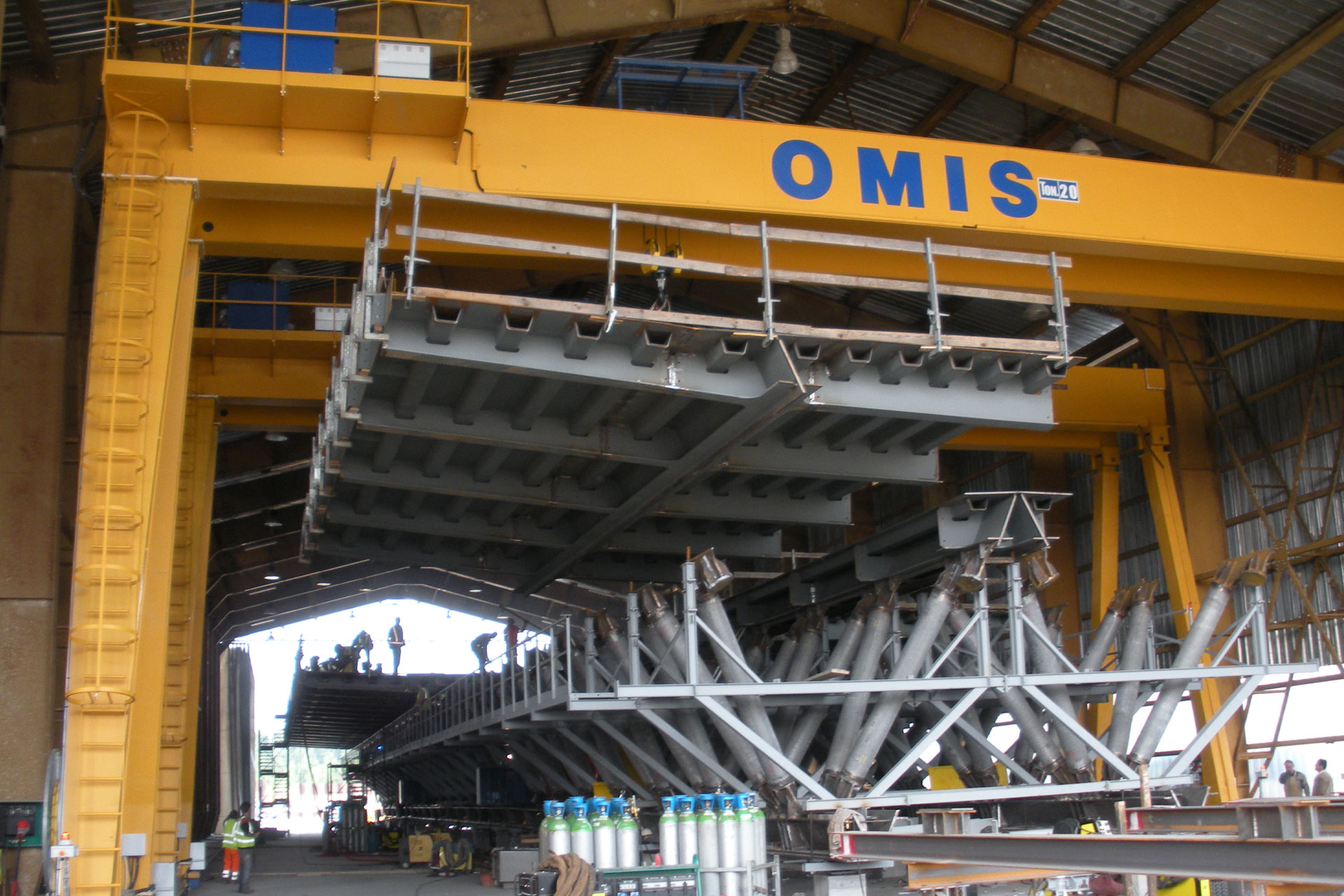 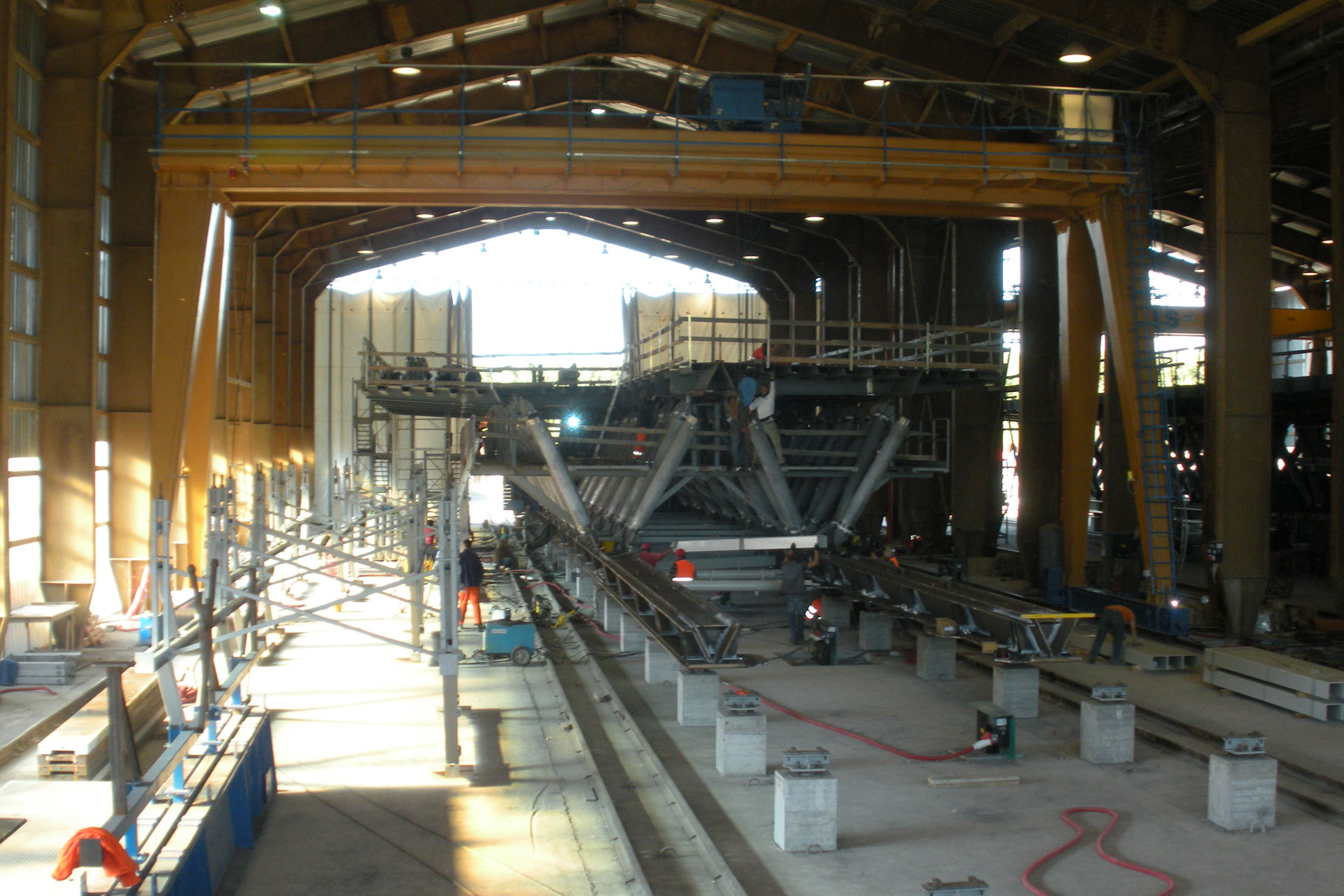 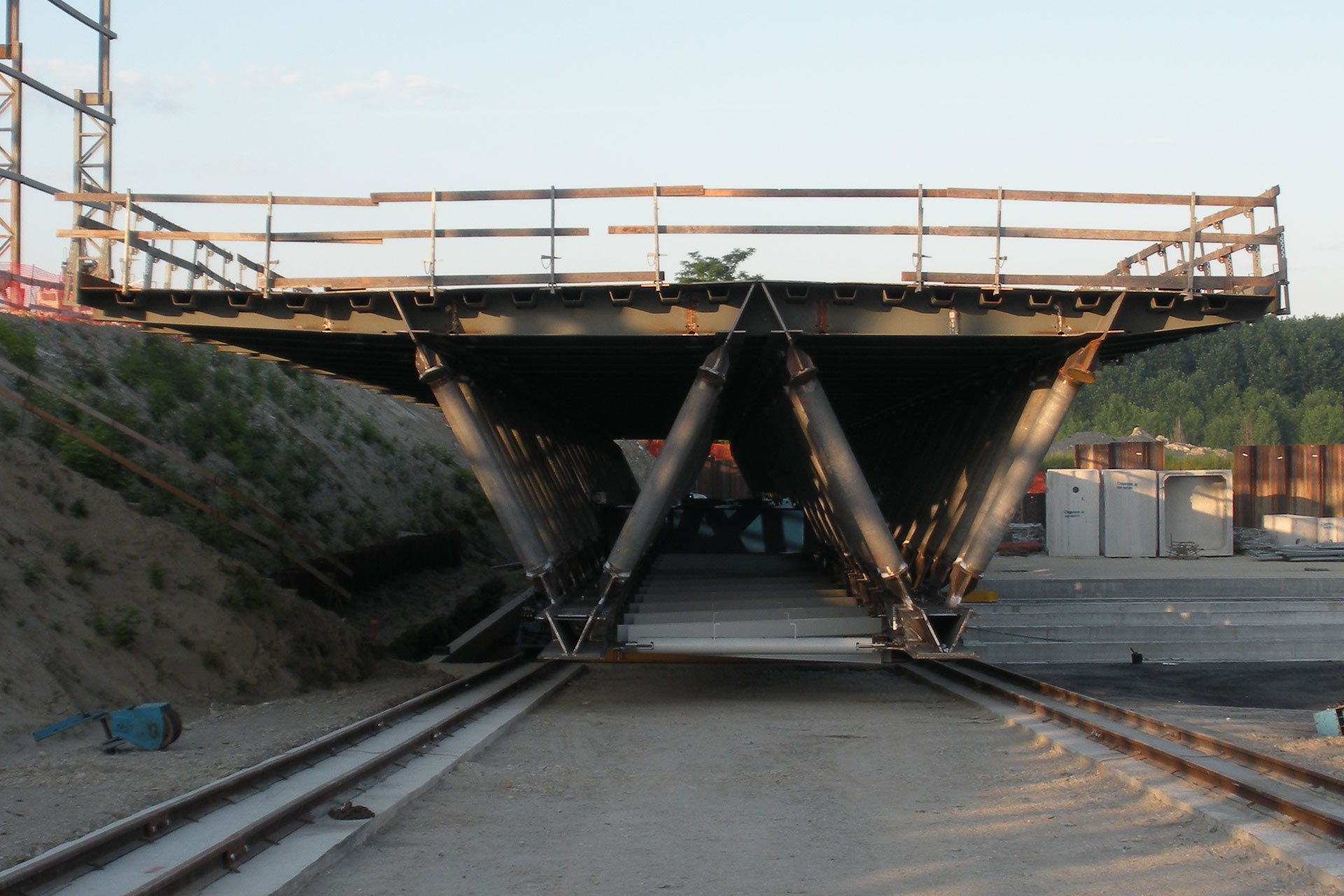 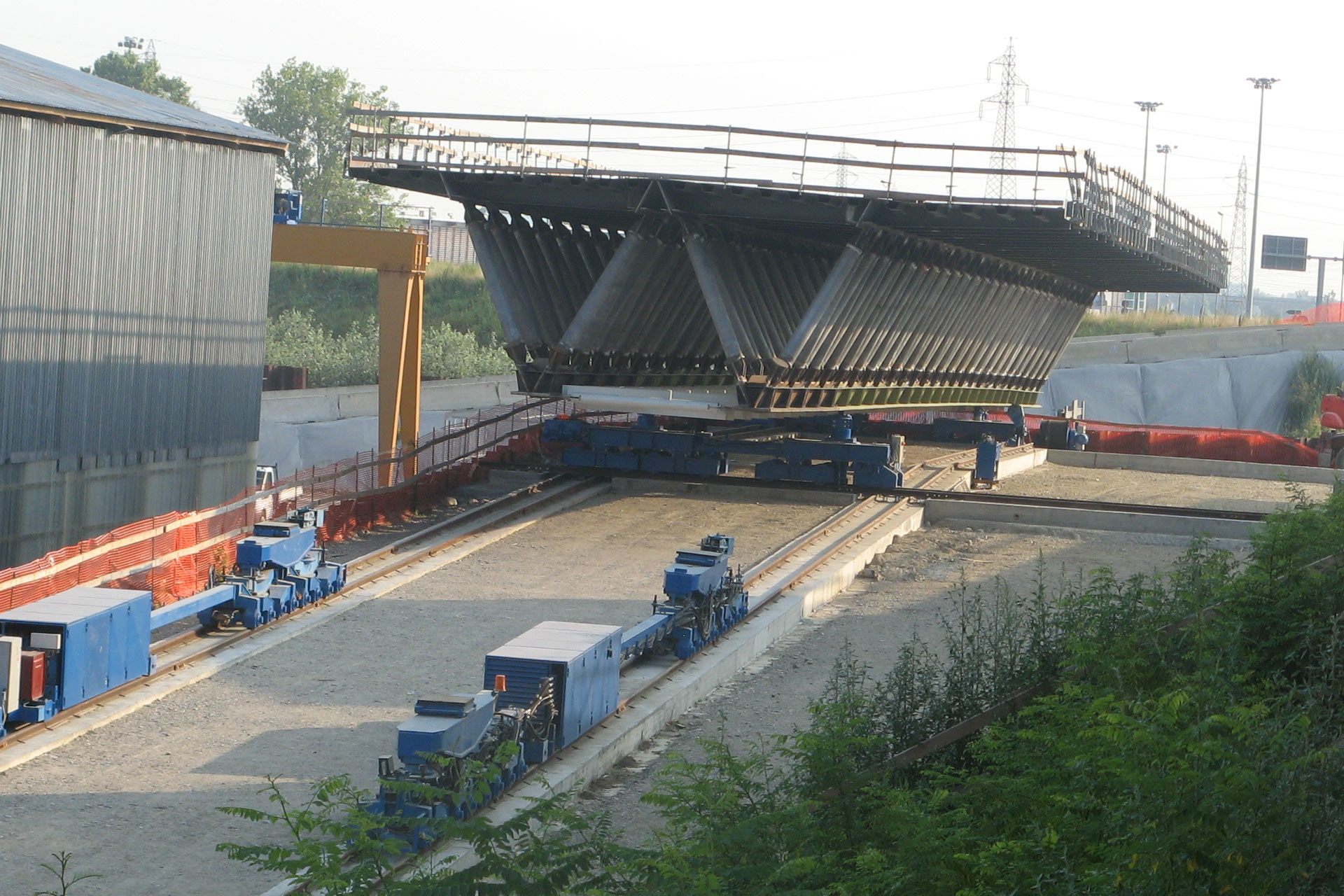 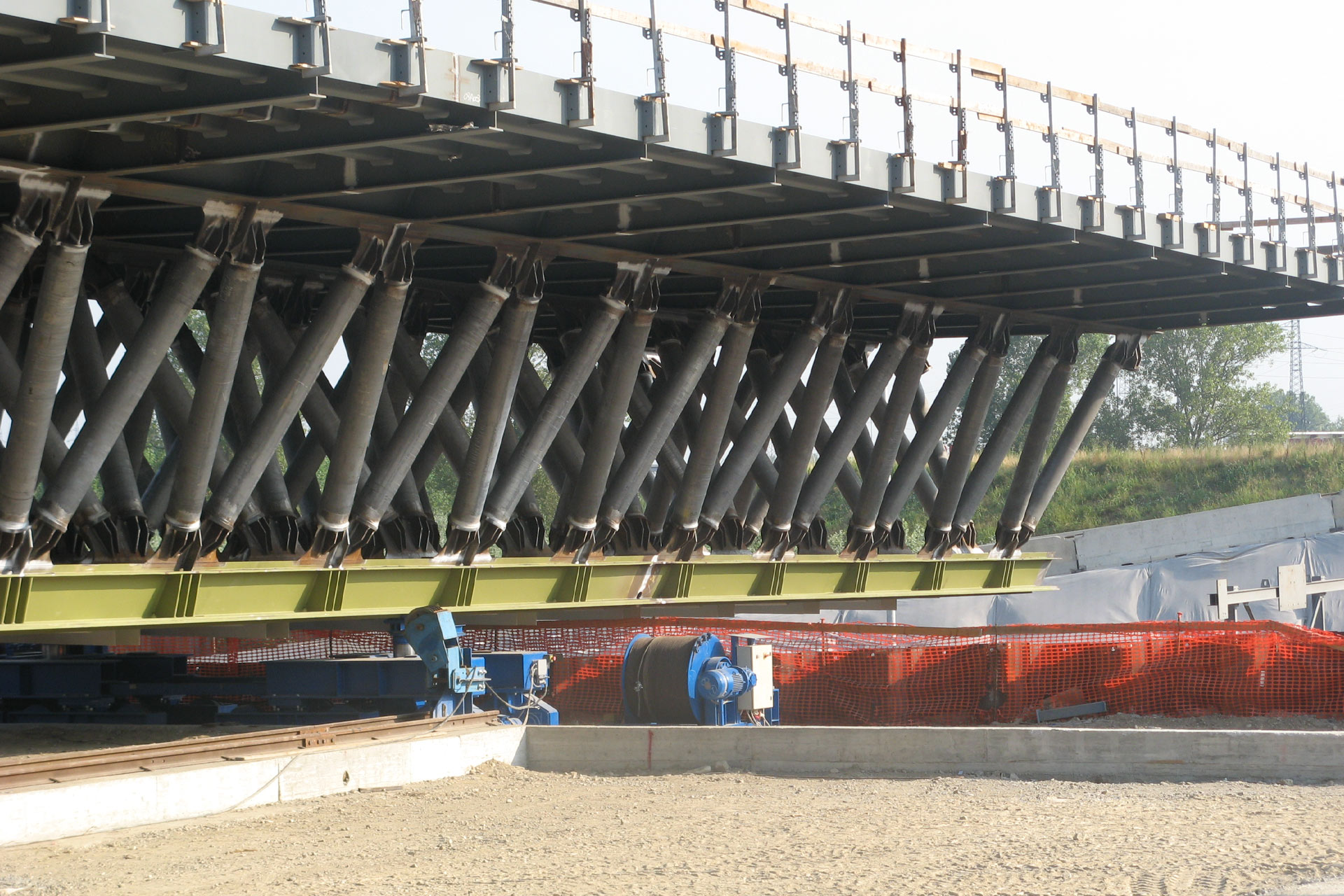 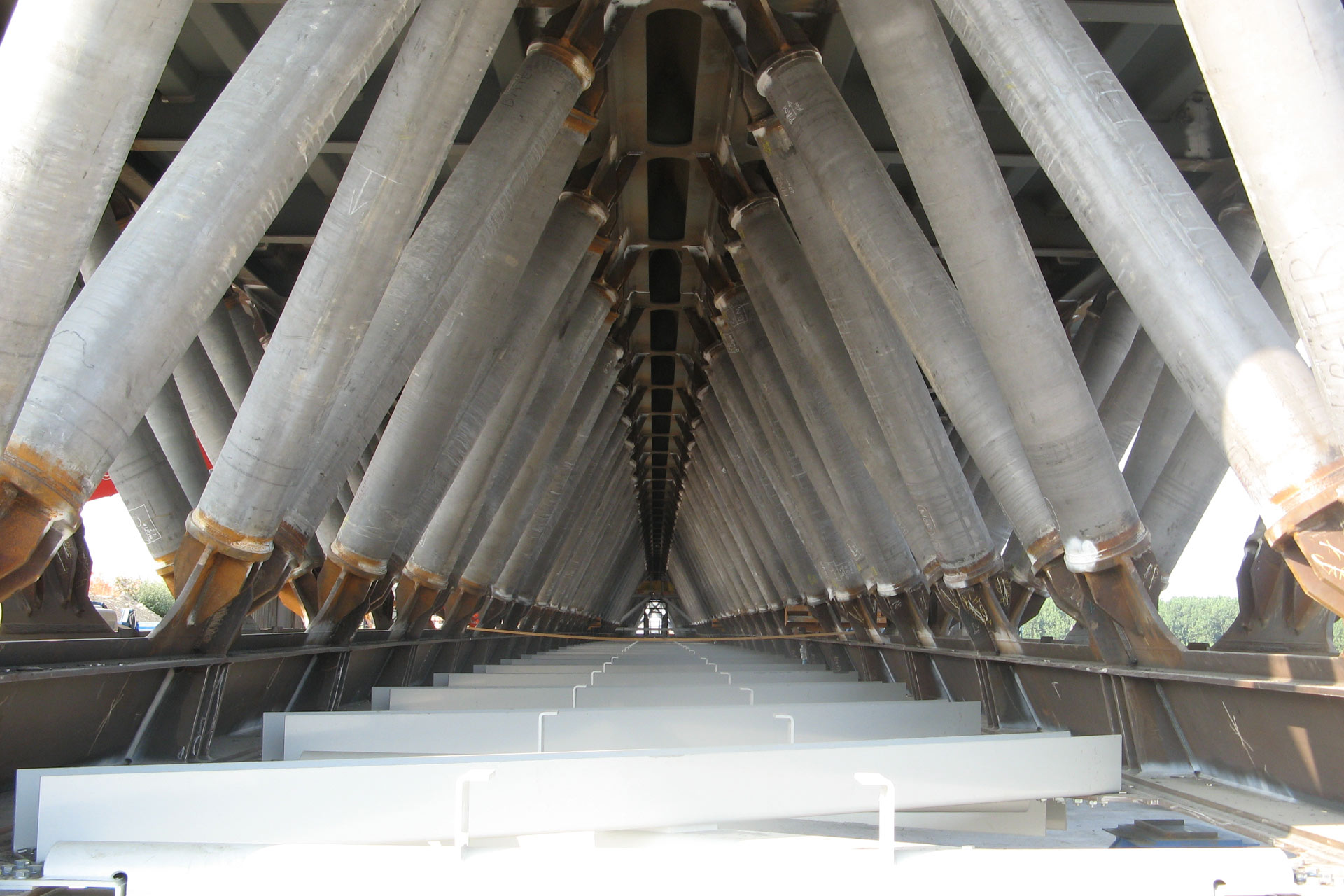 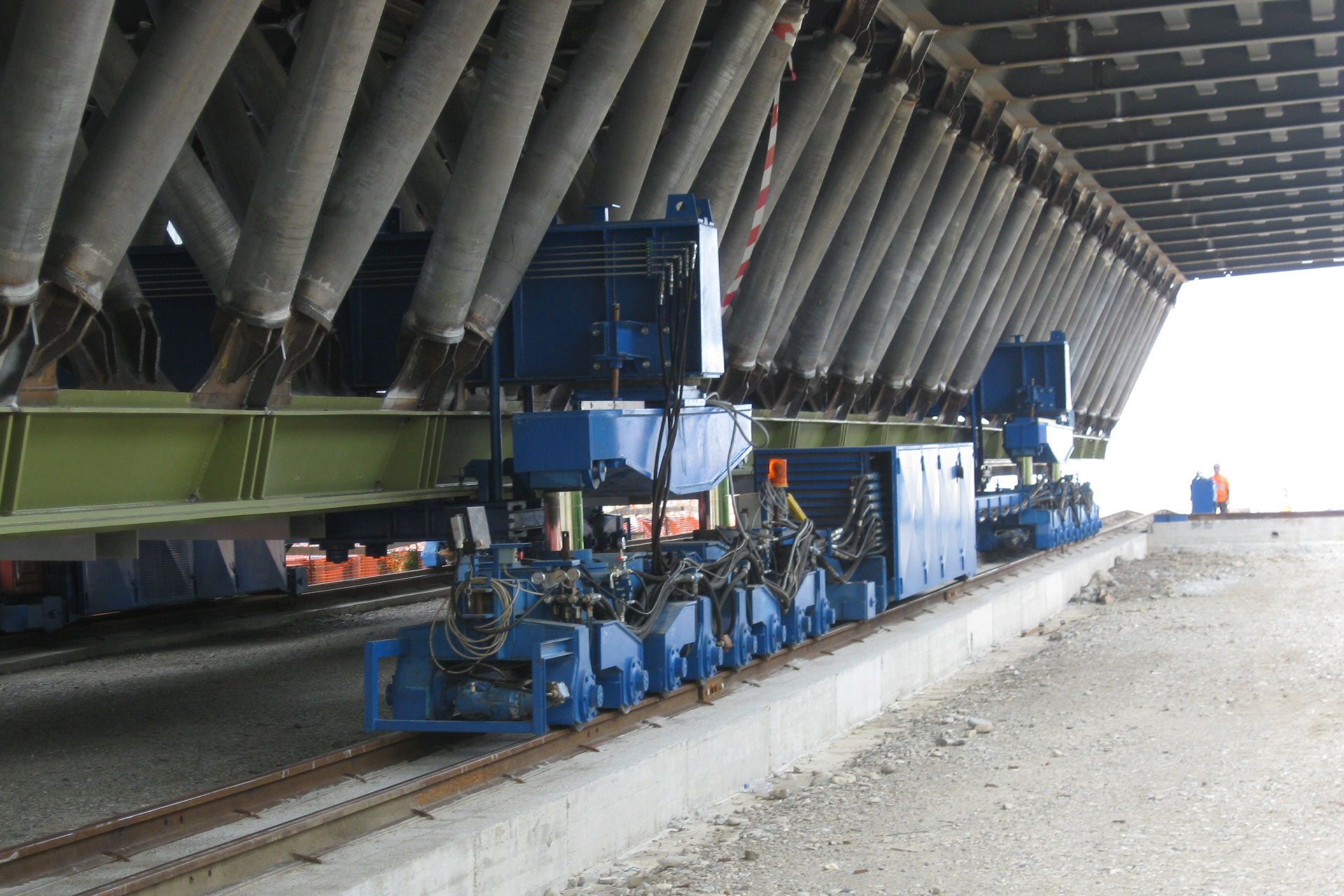 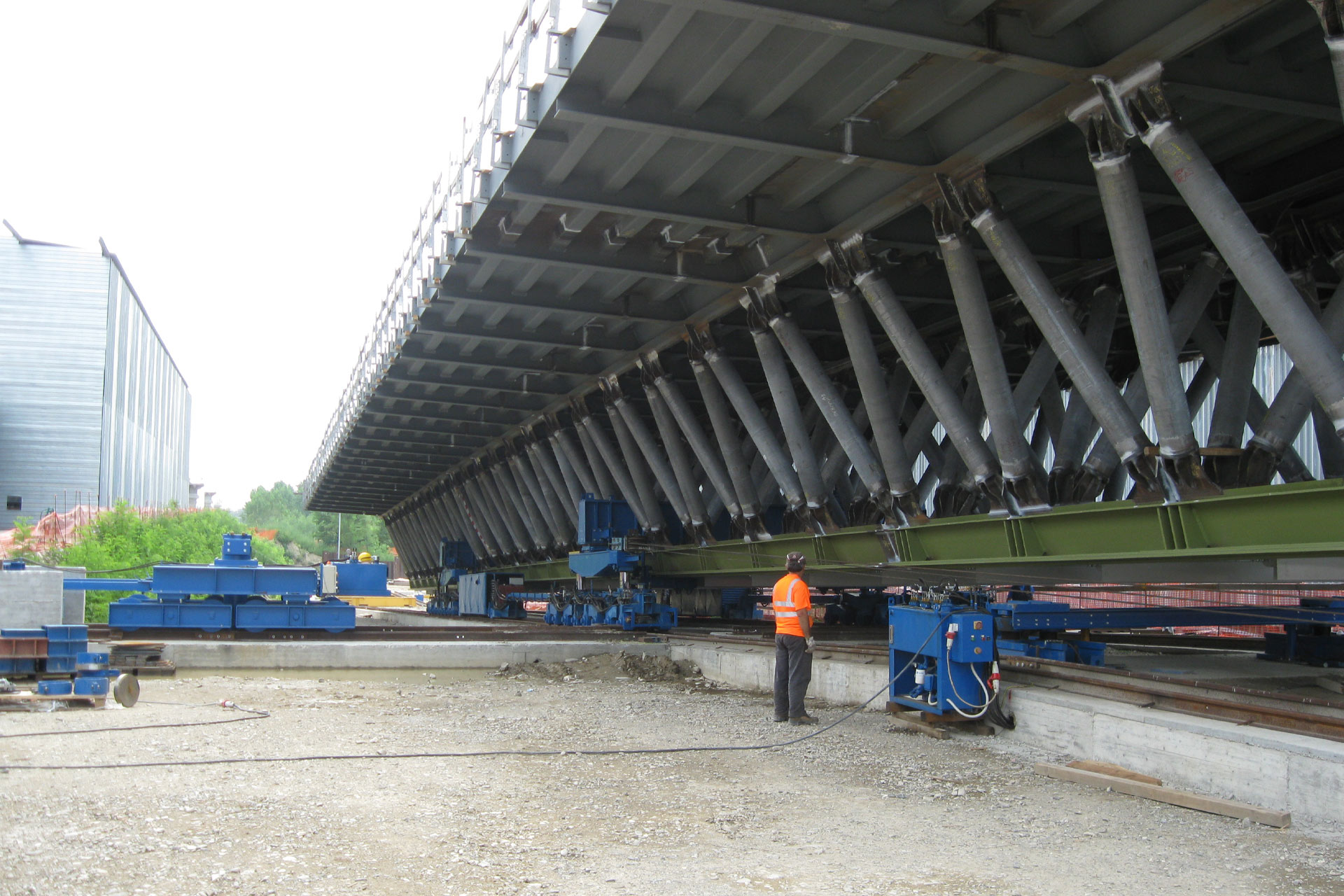 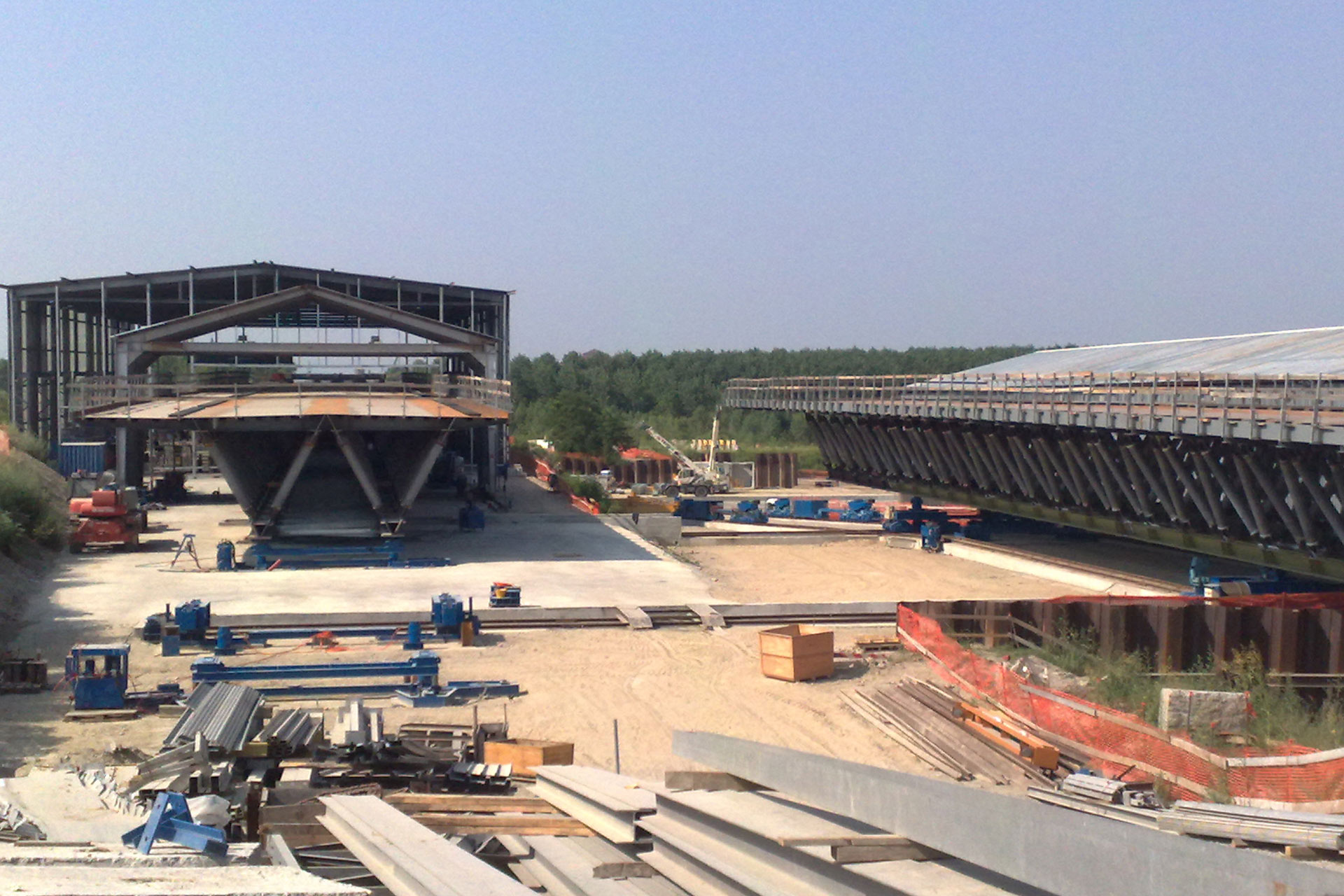 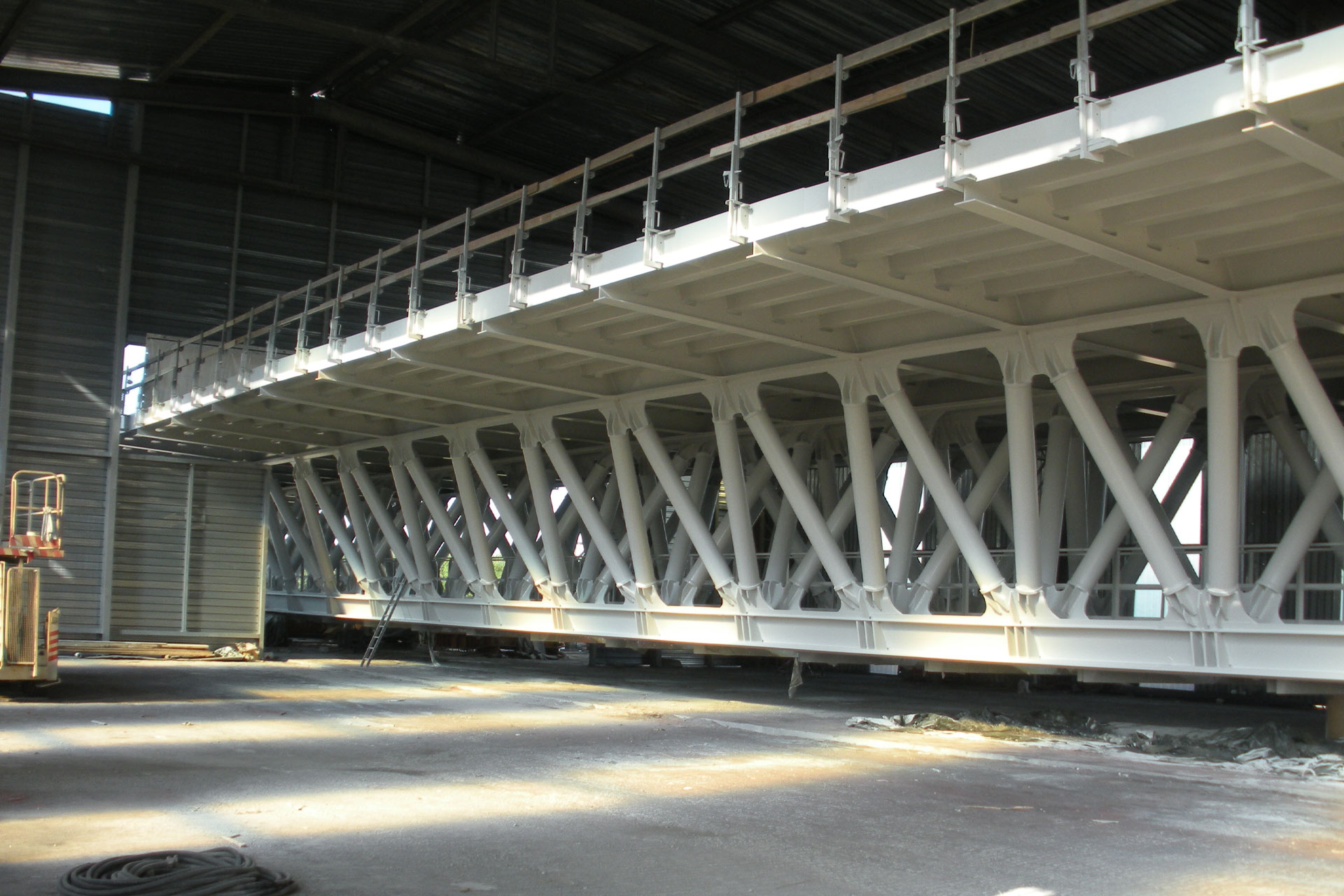 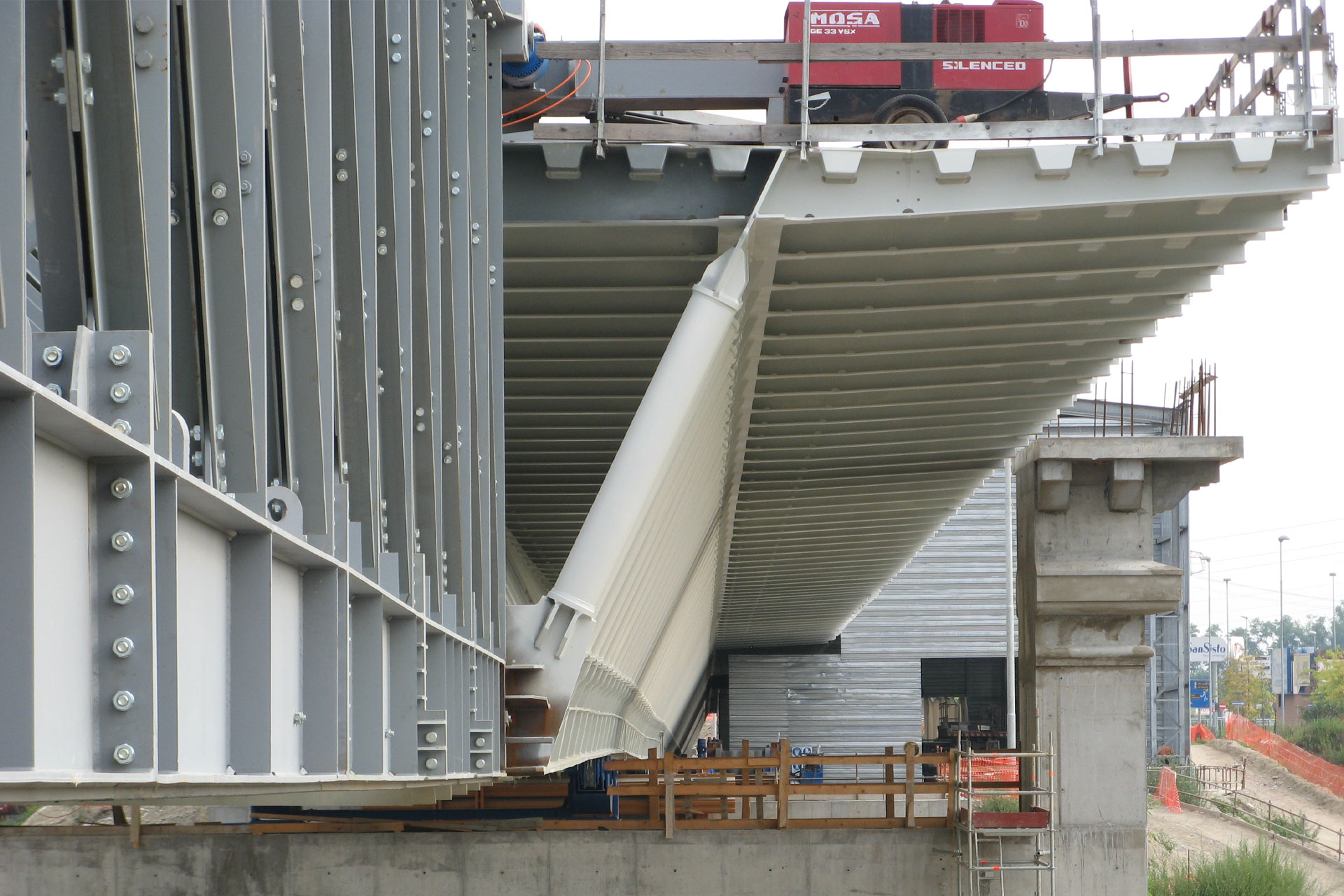 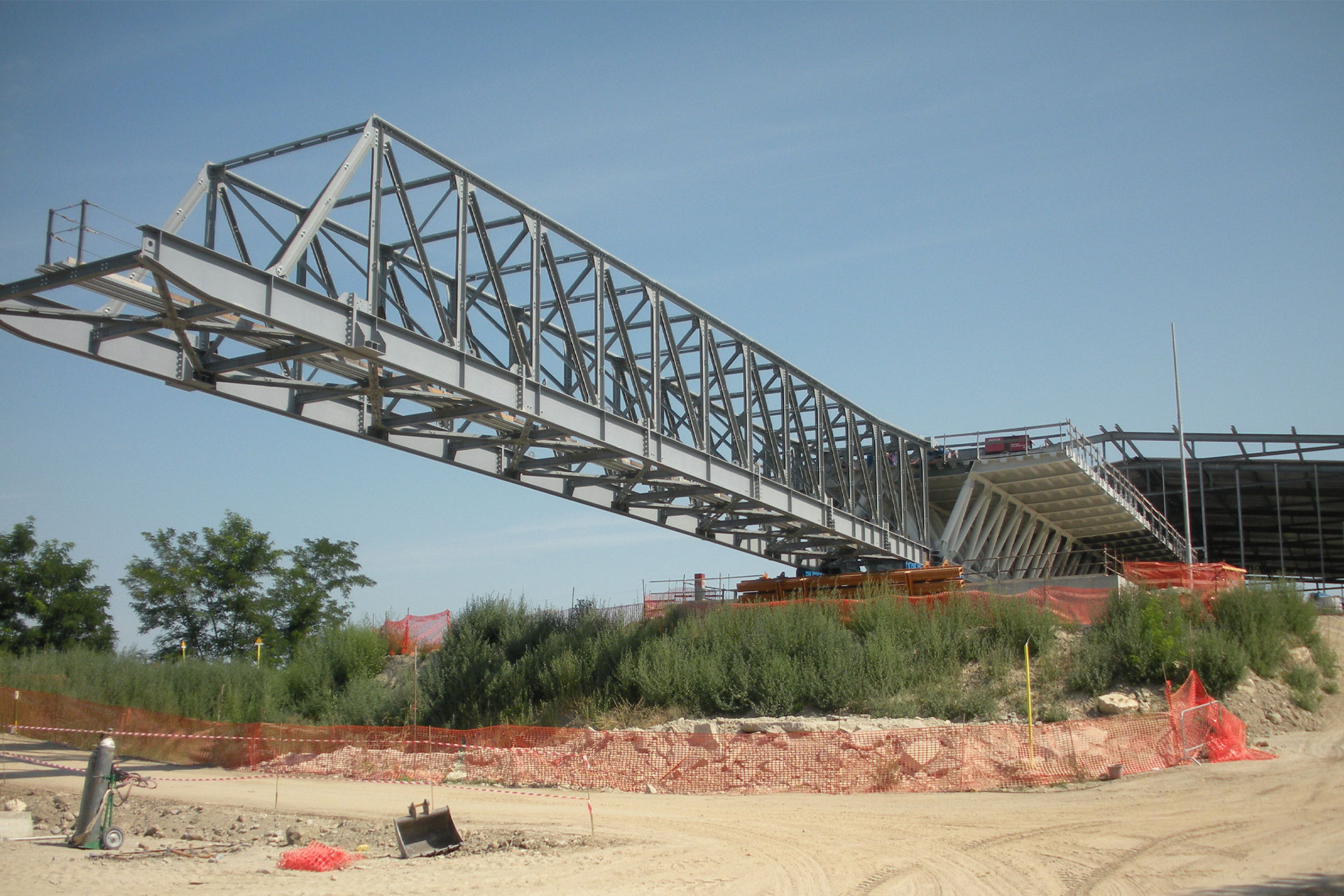 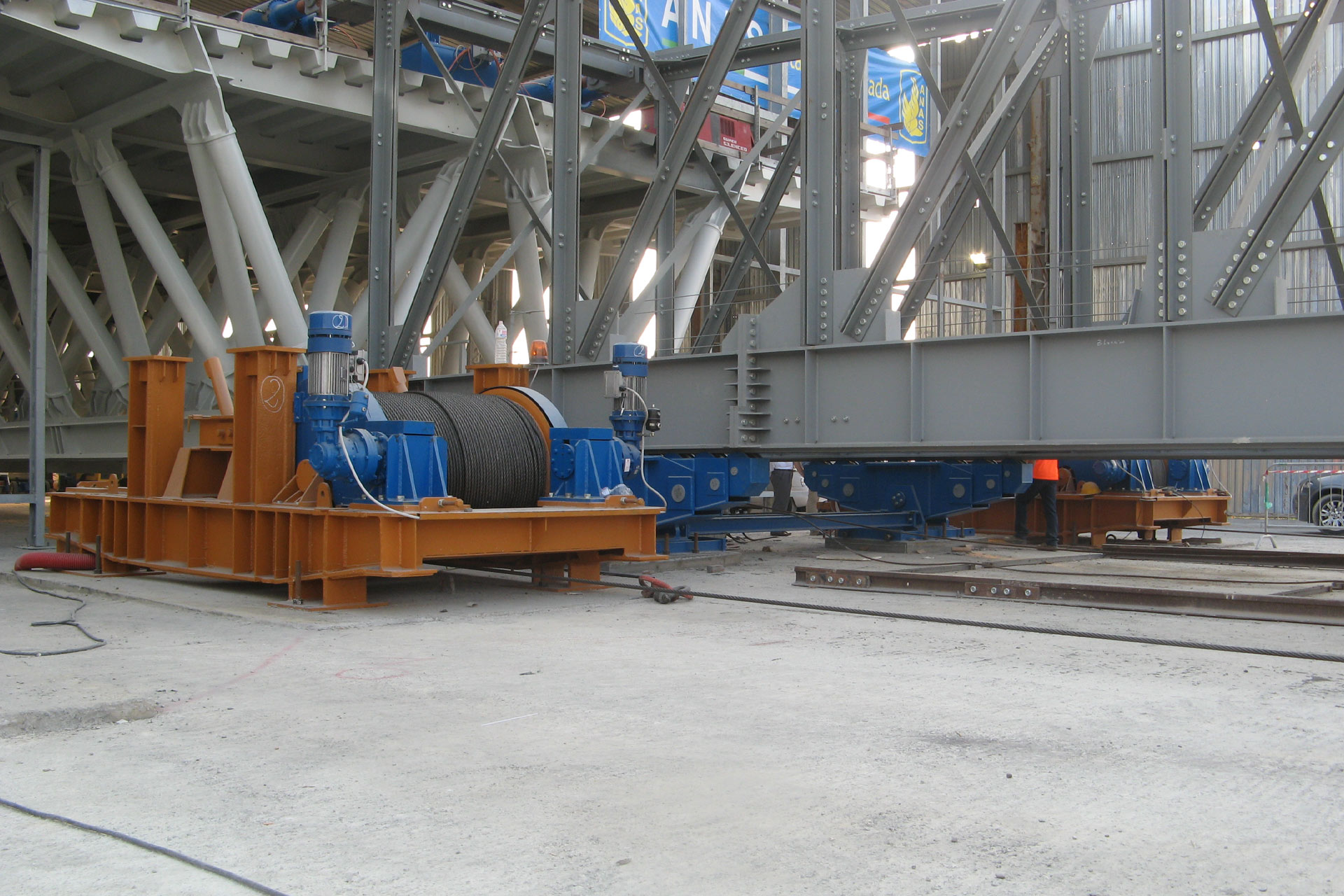 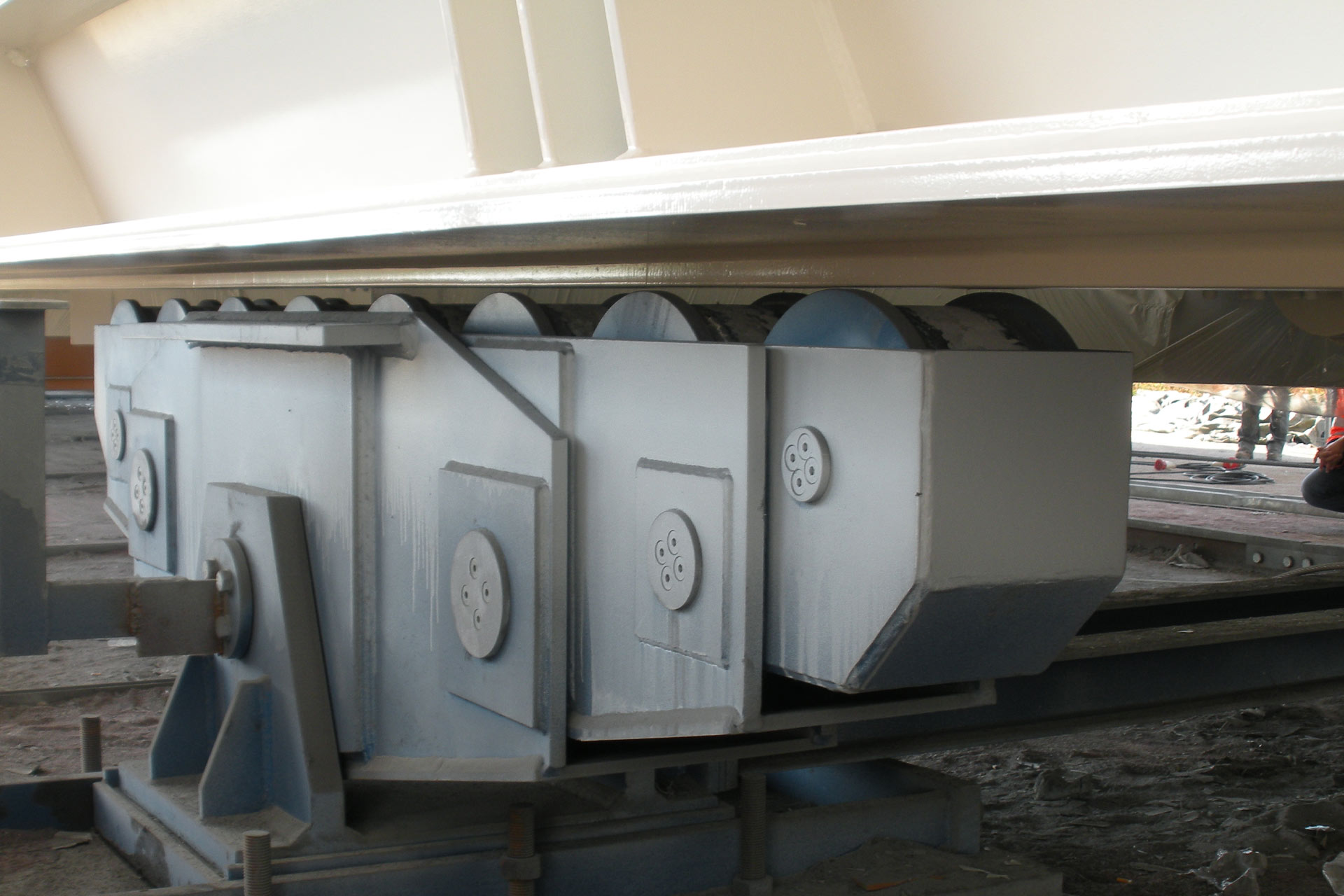 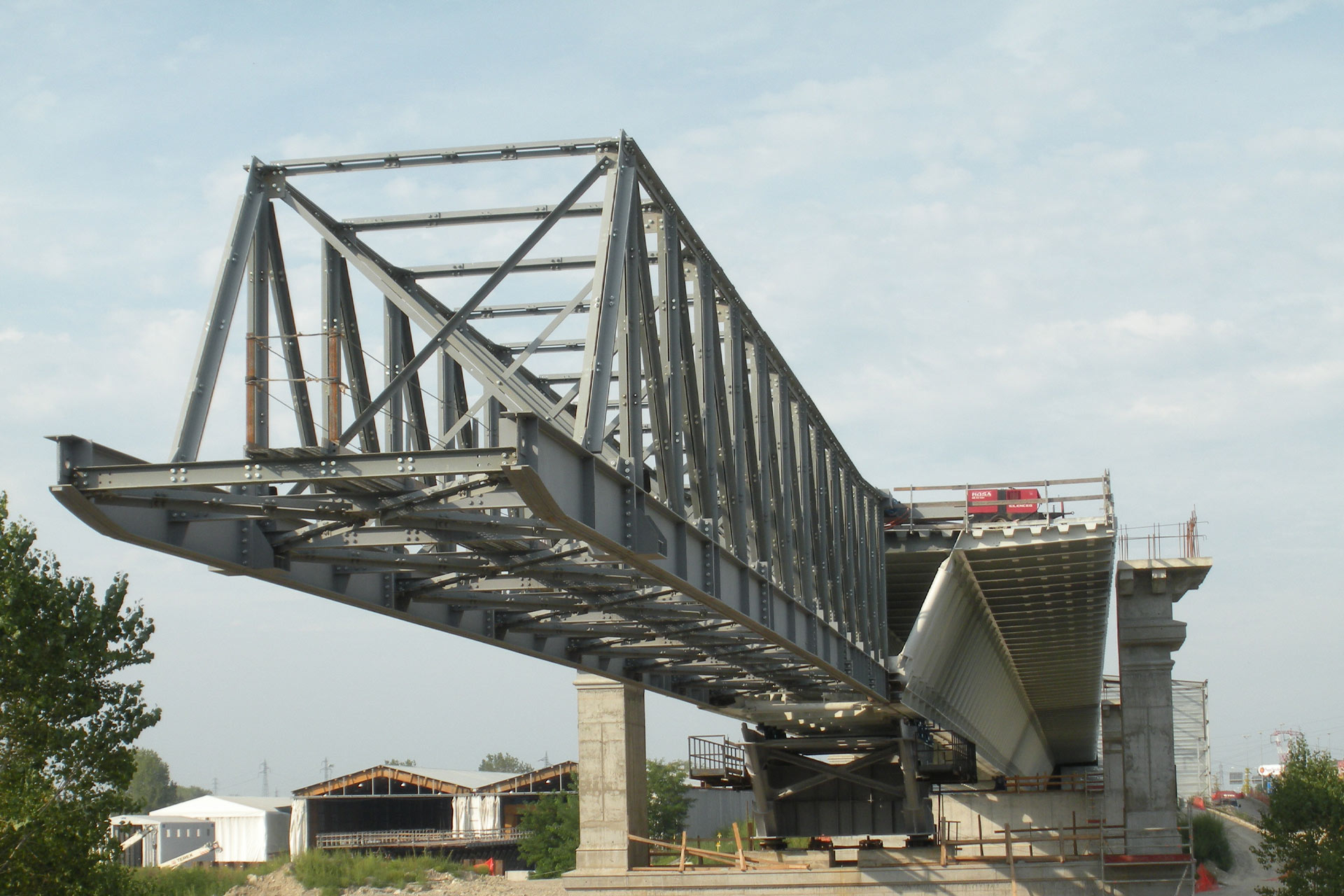 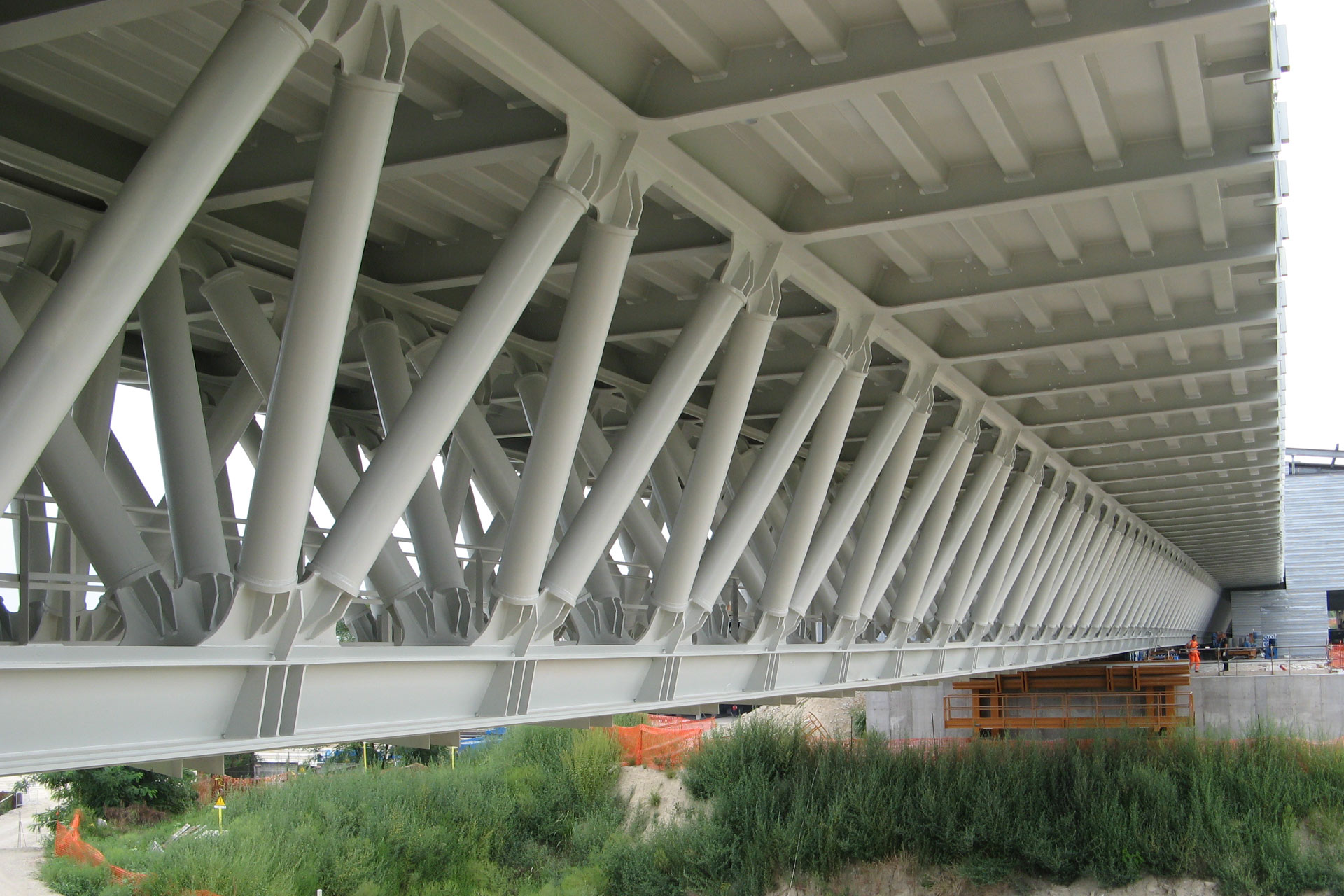 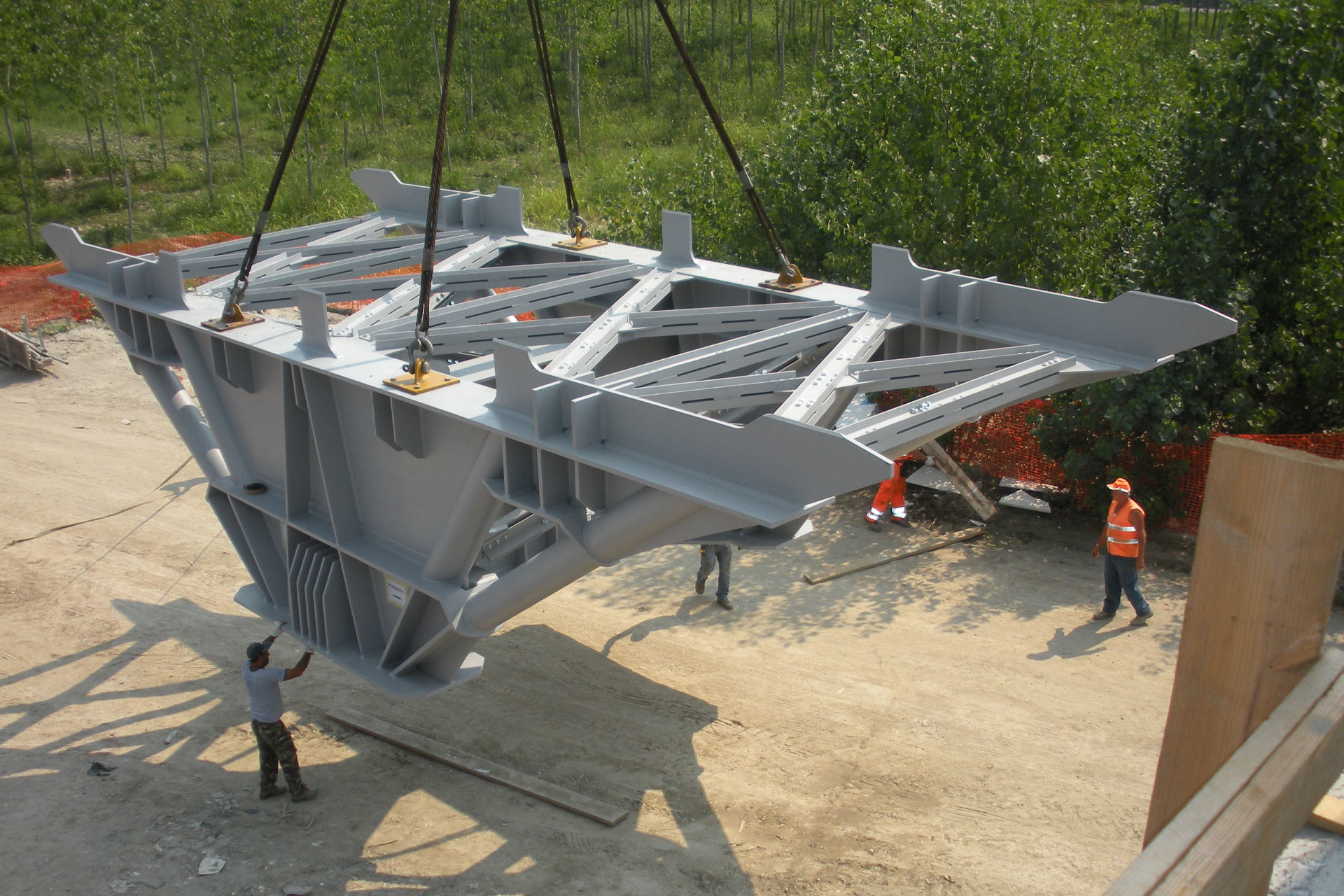 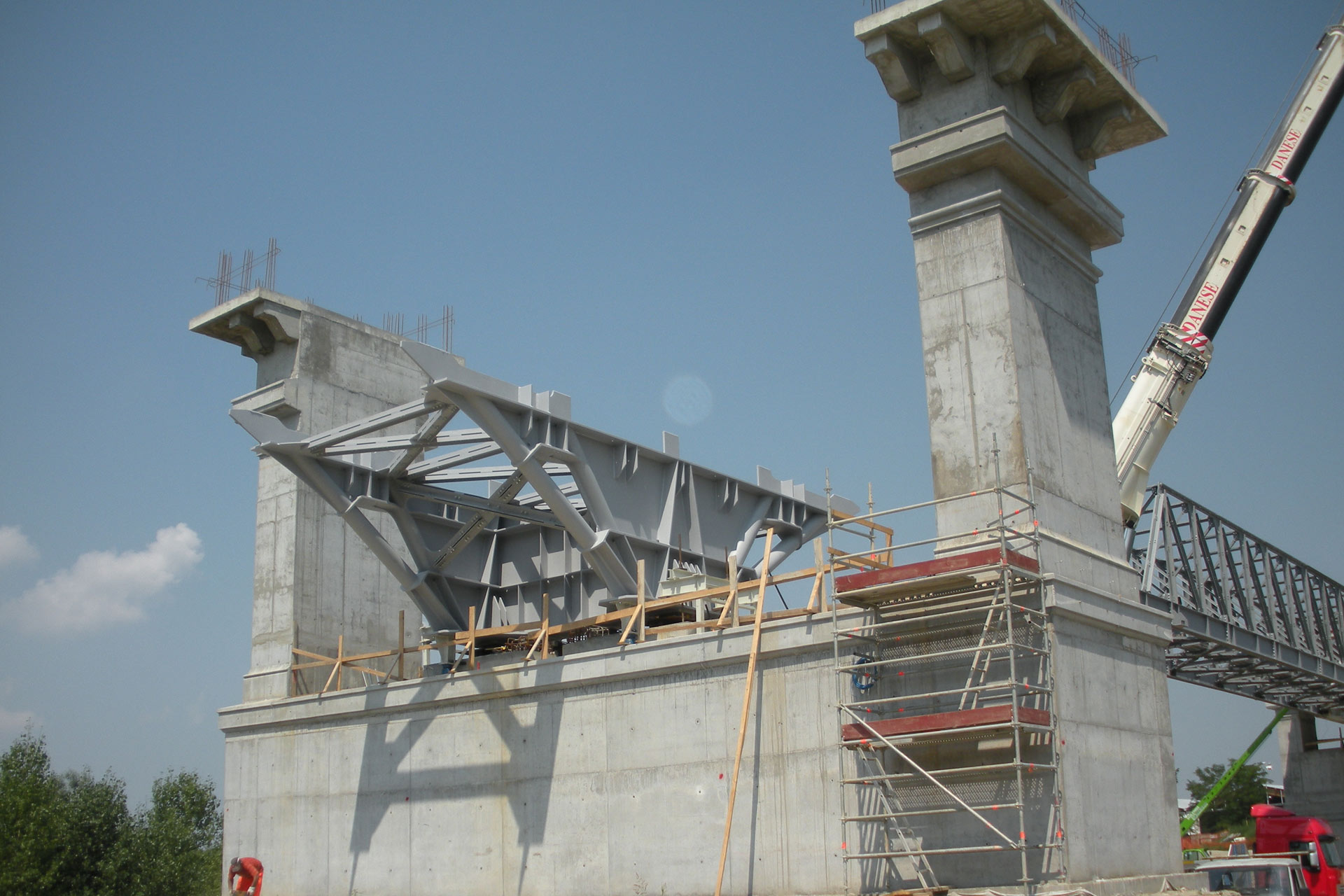 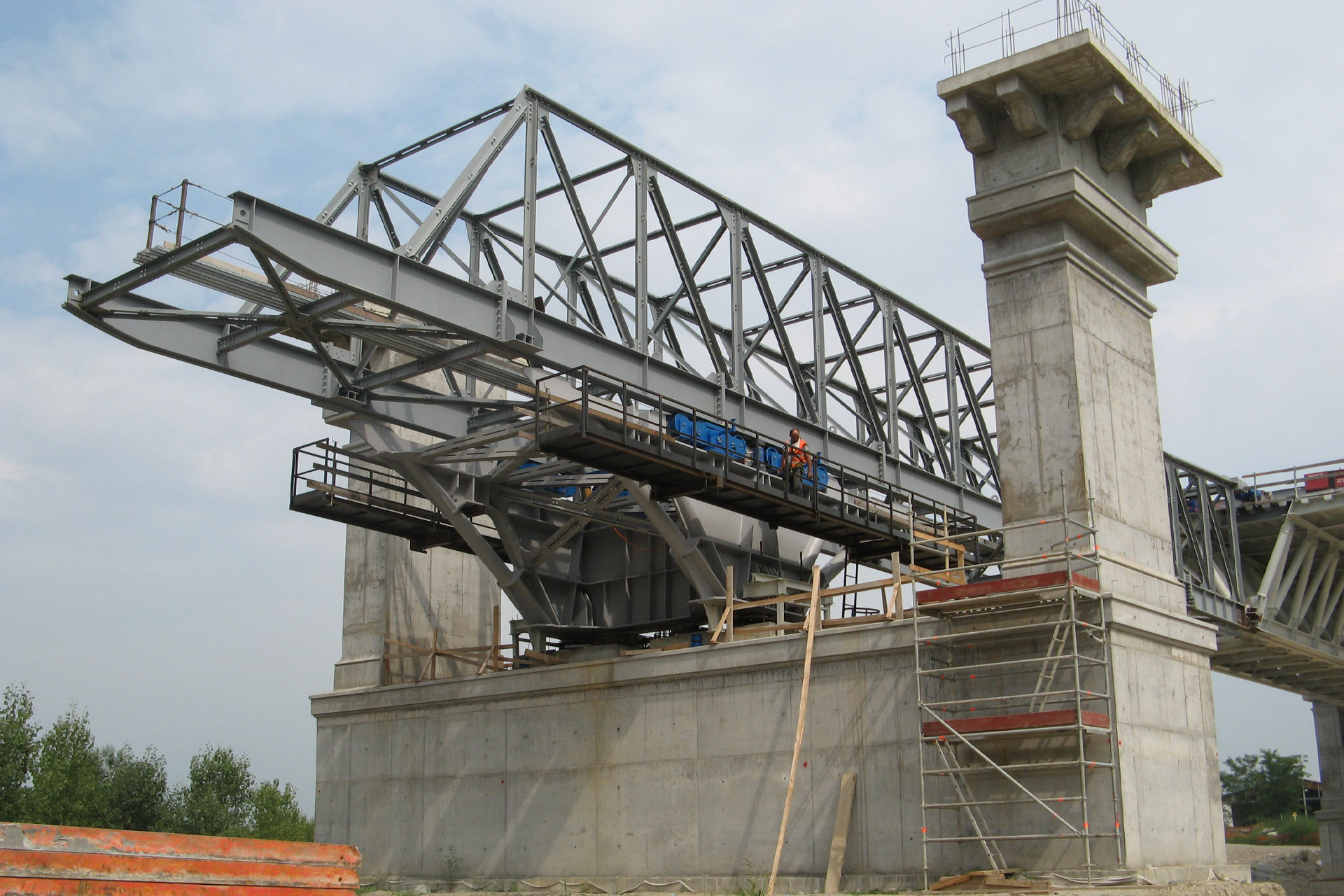 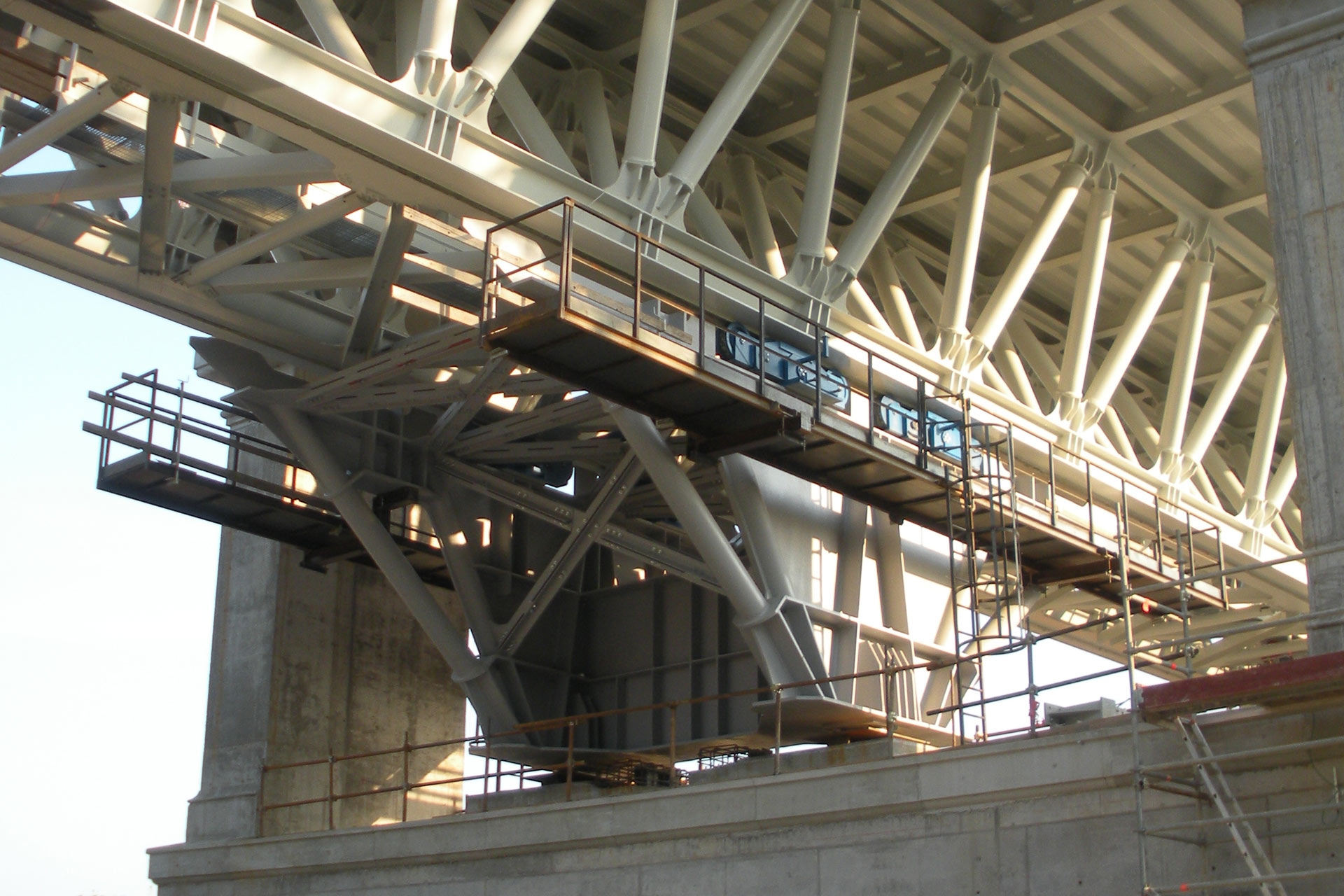 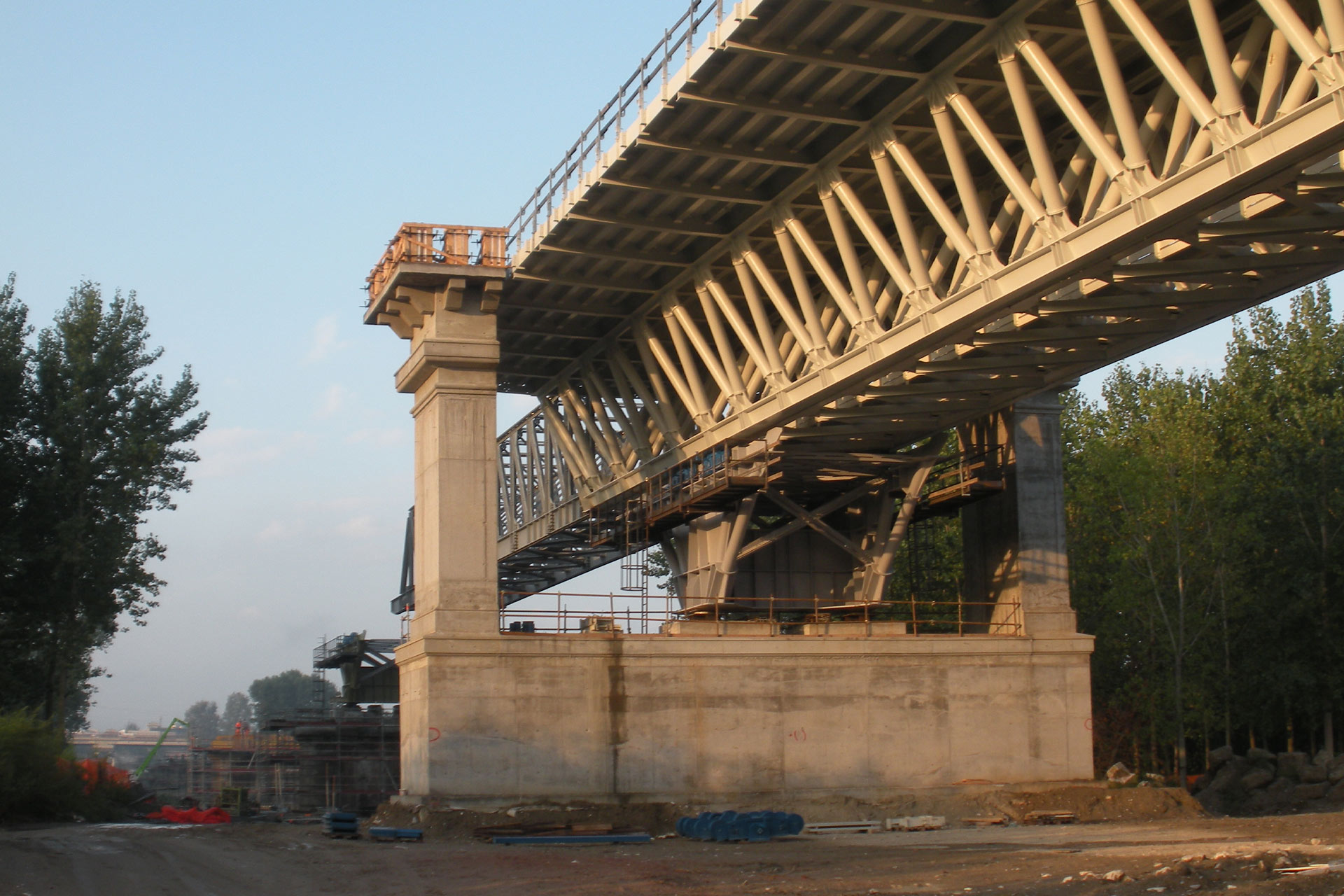 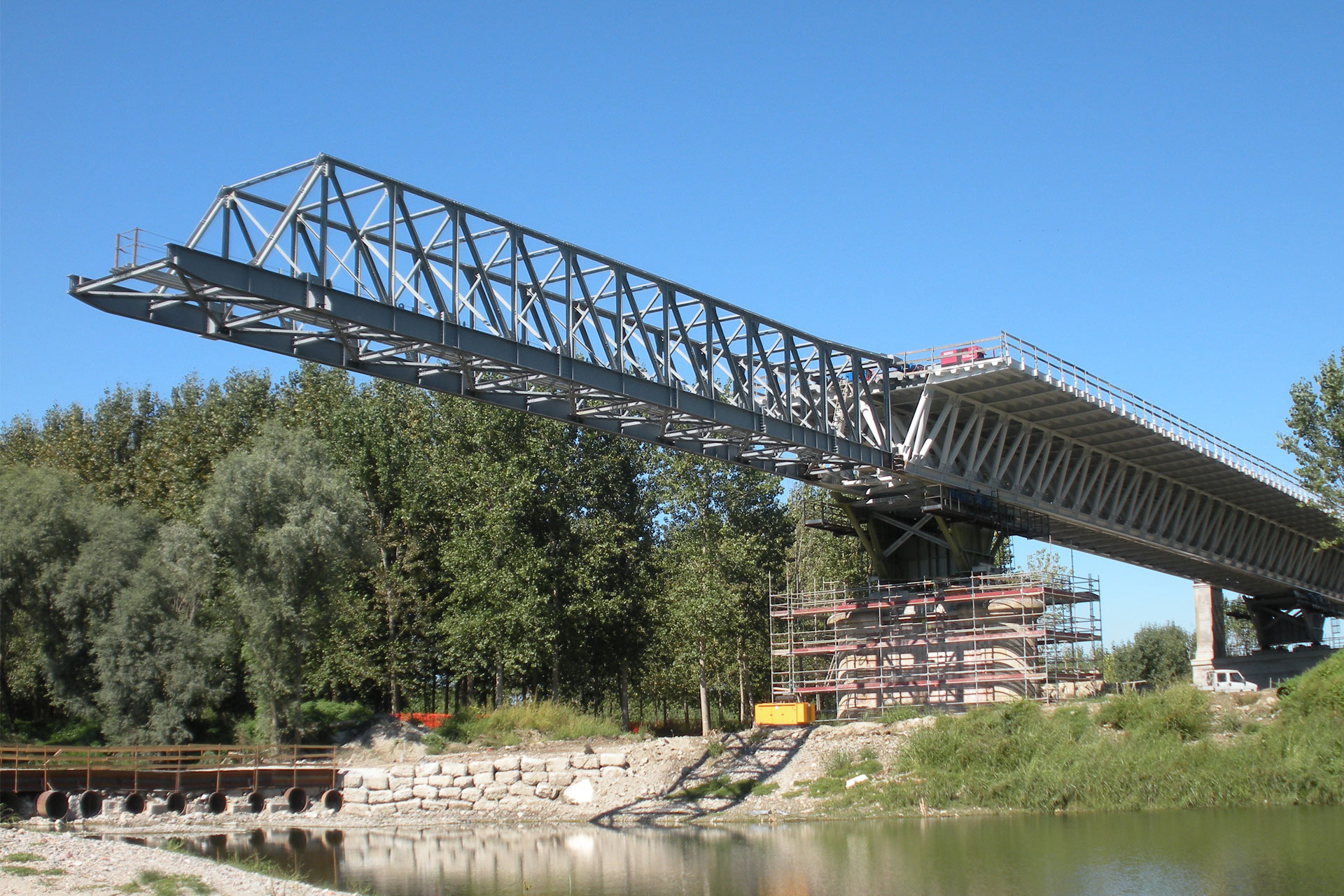 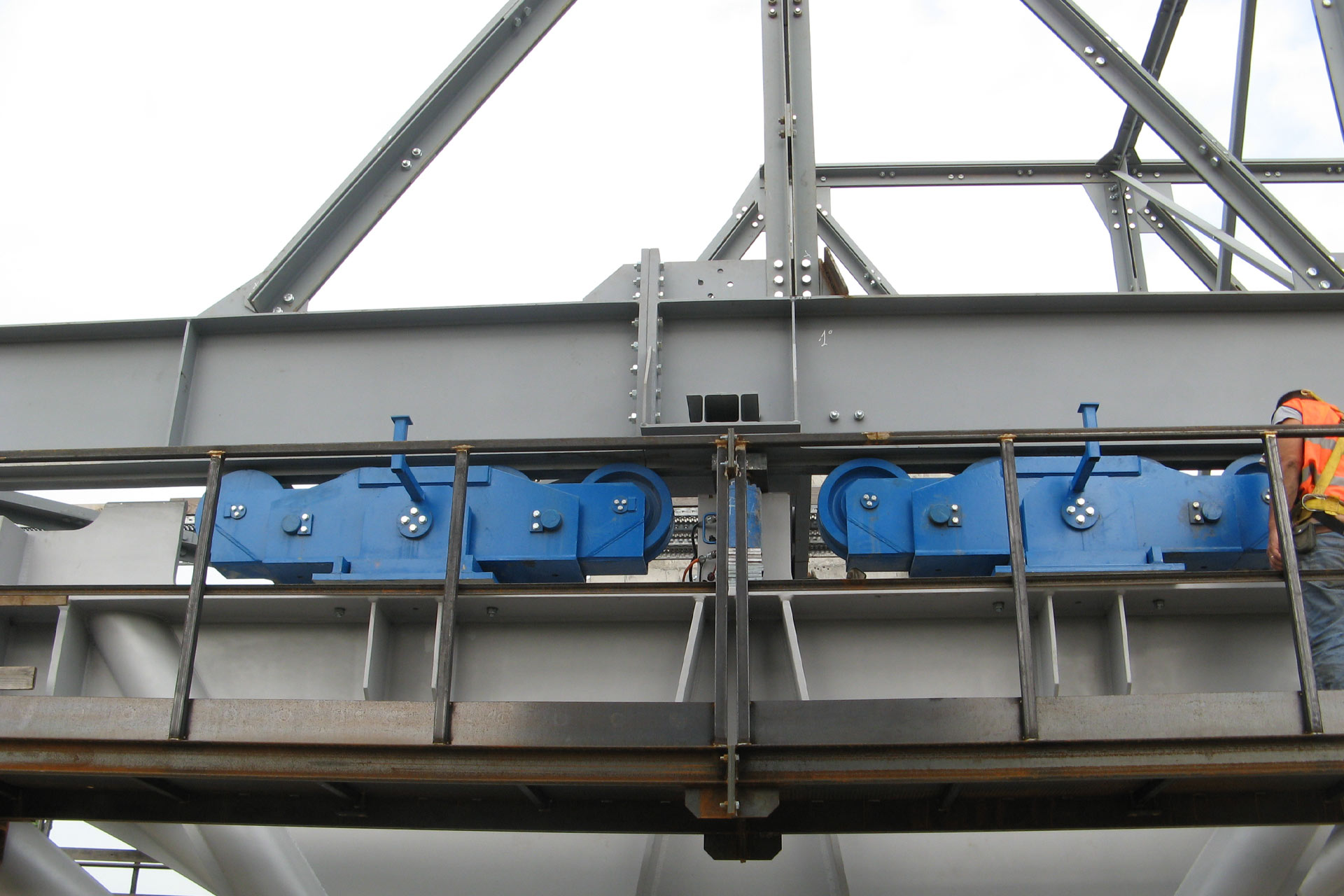 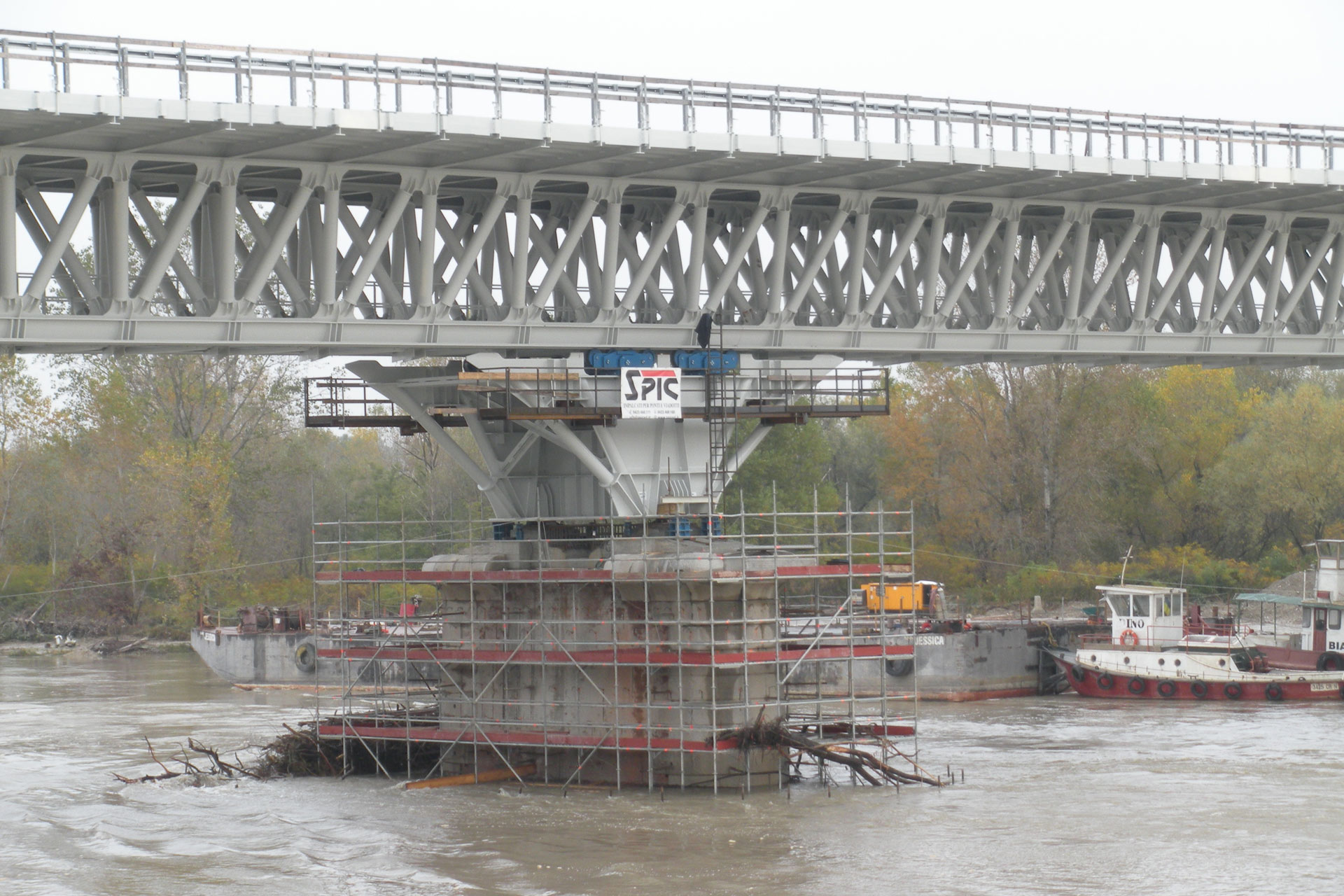 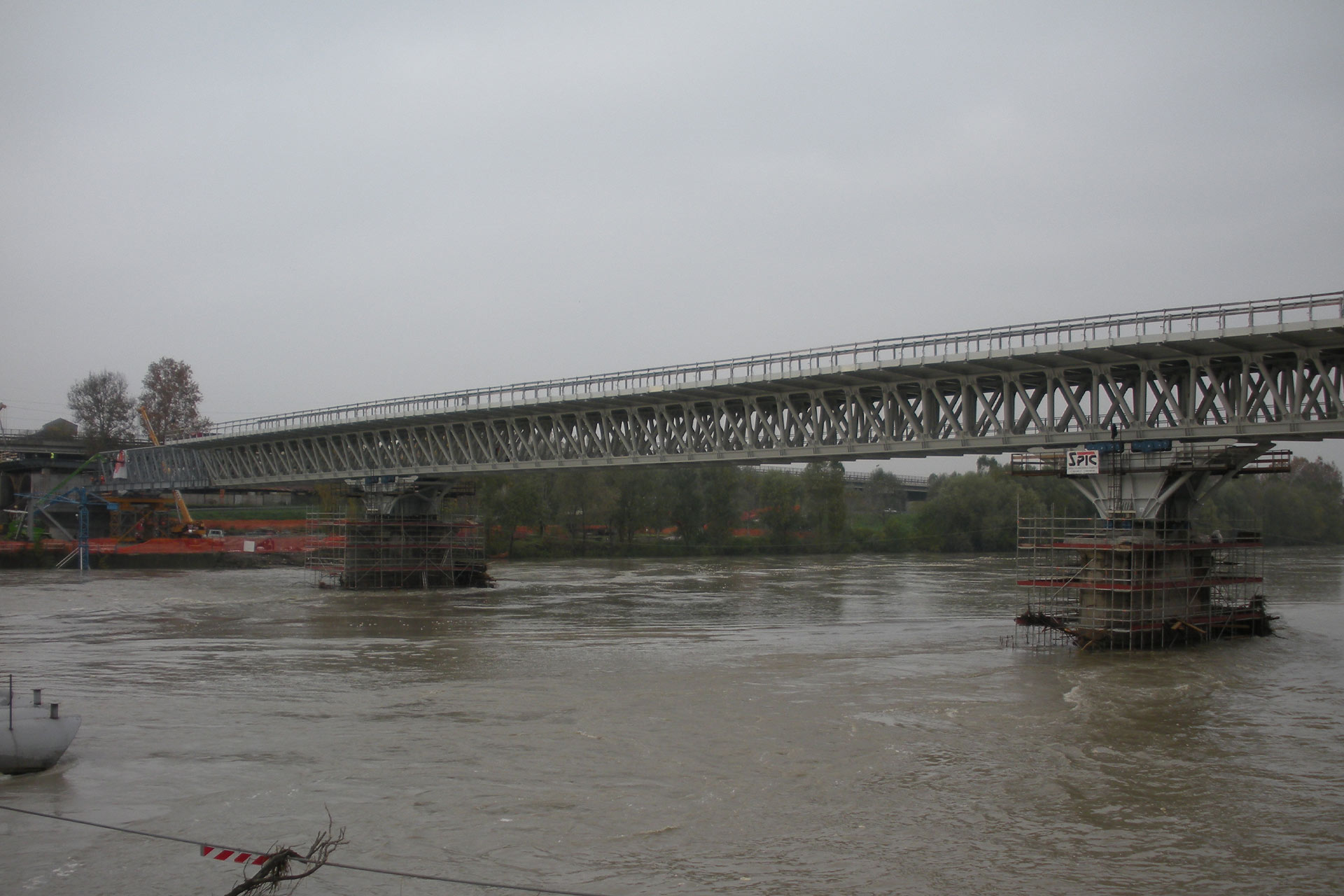 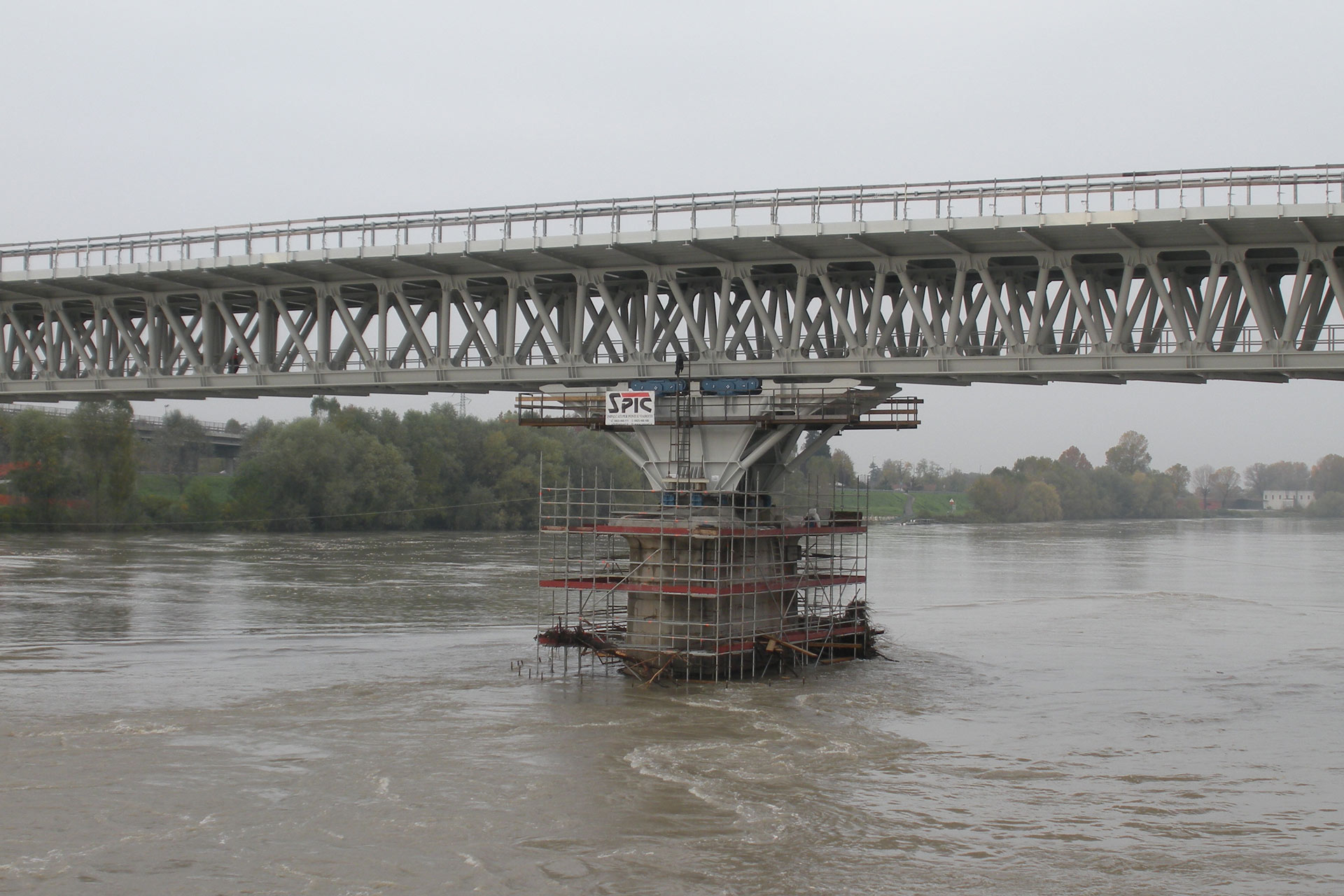