The Pedemontana Veneta Superstrada is a road of great communication that extends for a total of 162 km - 94 km of main road and 68 km of secondary road - in the foothills of the Veneto Region, involving a territorial basin of 114 municipalities in the provinces of Vicenza and Treviso. The work interconnects the region's motorway system, allowing in turn the connection of the main highways of north-eastern Italy, and is carried out by the SIS Consortium made up of the Spanish contractor SACYR and the two Italian companies INC and SIPAL.

The route has 2 lanes for each direction and about two thirds of it is built in the trenches: it intercepts numerous waterways, both natural and artificial, as well as the existing road network.

Among the various works along the route of the highway there are 2 natural tunnels and 33 artificial tunnels.

As part of the overall project, the object of SPIC's intervention consisted in the design, supply and installation of the prefabricated roof beams of the 12 artificial tunnels for a total area of ​​approximately 75,000 m2

The galleries object of the SPIC intervention are:

Noaje, San Pietro, Zilio, Brentella, Caravaggio, Trevignano, Via Feltrina, Pastro, Colombere, Lavaio, Villa Fanna and Spresiano, along the route on sections B, C, D and E of Lot 3 of the expressway, between the Mussolente junction / Loria and the A27 Venice - Belluno motorway axis.

The production of prefabricated components, of the pretended type, was carried out in a factory located in an almost barycentric position with respect to the portion of the route subject to intervention, equal to about 1/3 of the entire work: the minimization of travel distances as well as careful analysis of the ordinary viability towards the intervention sites allowed the adoption of a cross section of the oversized beams, 3 m wide.

The structural optimization of the prefabricated elements resulting from this choice has allowed the minimization of the incidence of materials, the reduction of costs and times of production, transport and launch of the beams.

The components were produced on a prefabrication track just under 40 m long, capable of allowing a daily production of 2/3 beams depending on their length: a total of 1656 beams were prefabricated, with a length between 13.20 and 18.40 m, and variable weight between 27 and 42 tons.

The construction of the prefabricated elements began in August 2015 and the launch of the roofs of the artificial tunnels was completed in December 2019, in line with the time schedule of the SIS Consortium. 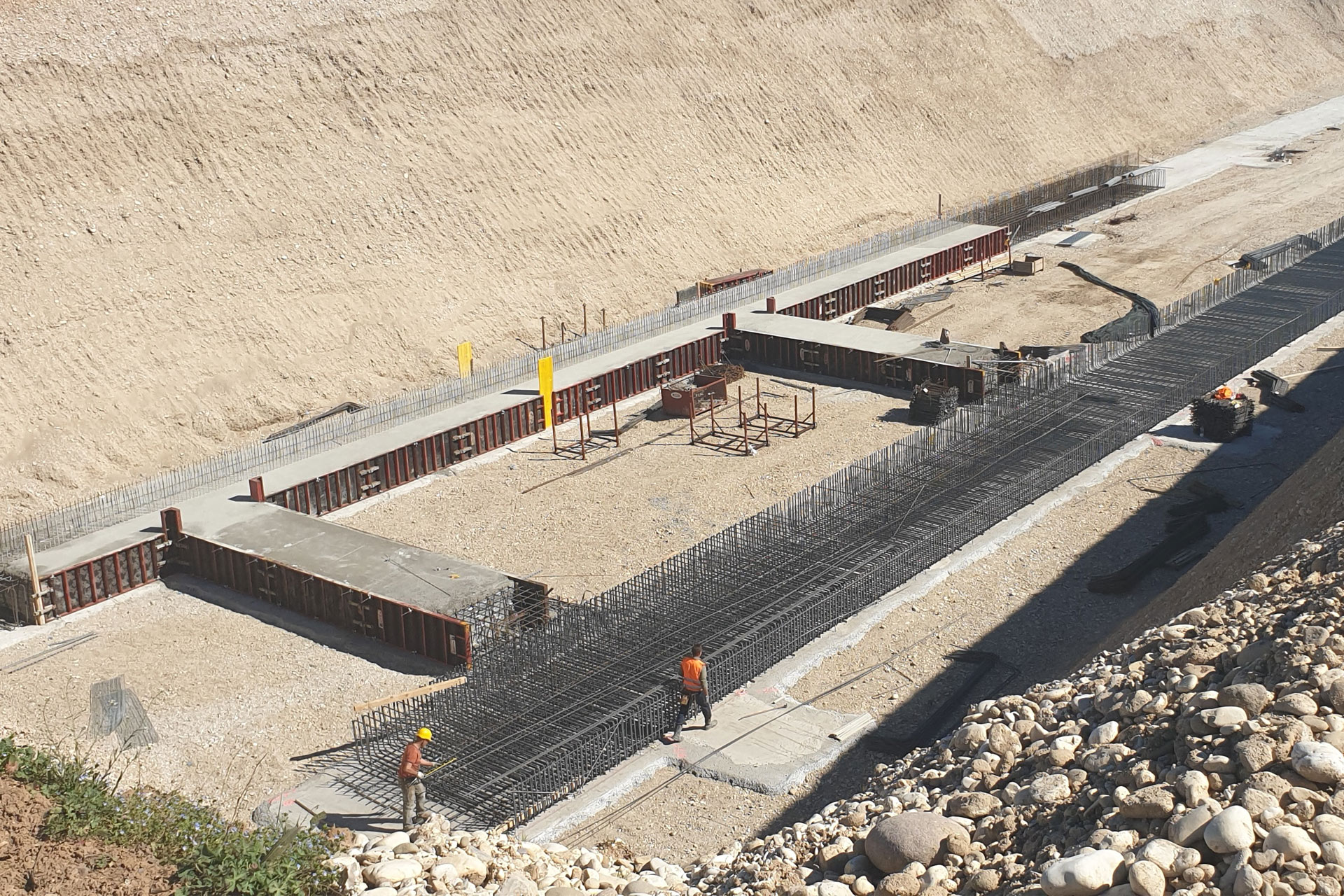 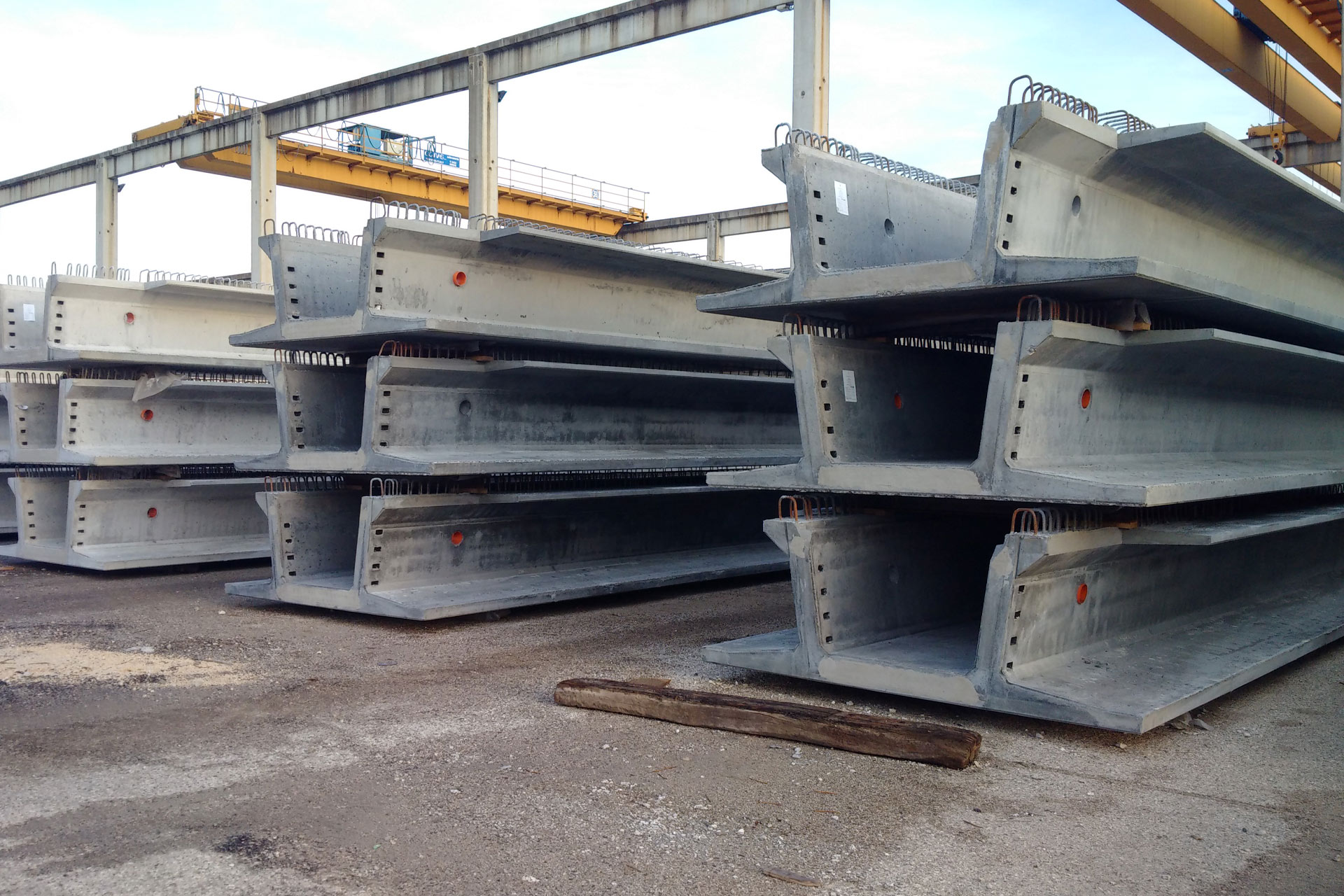 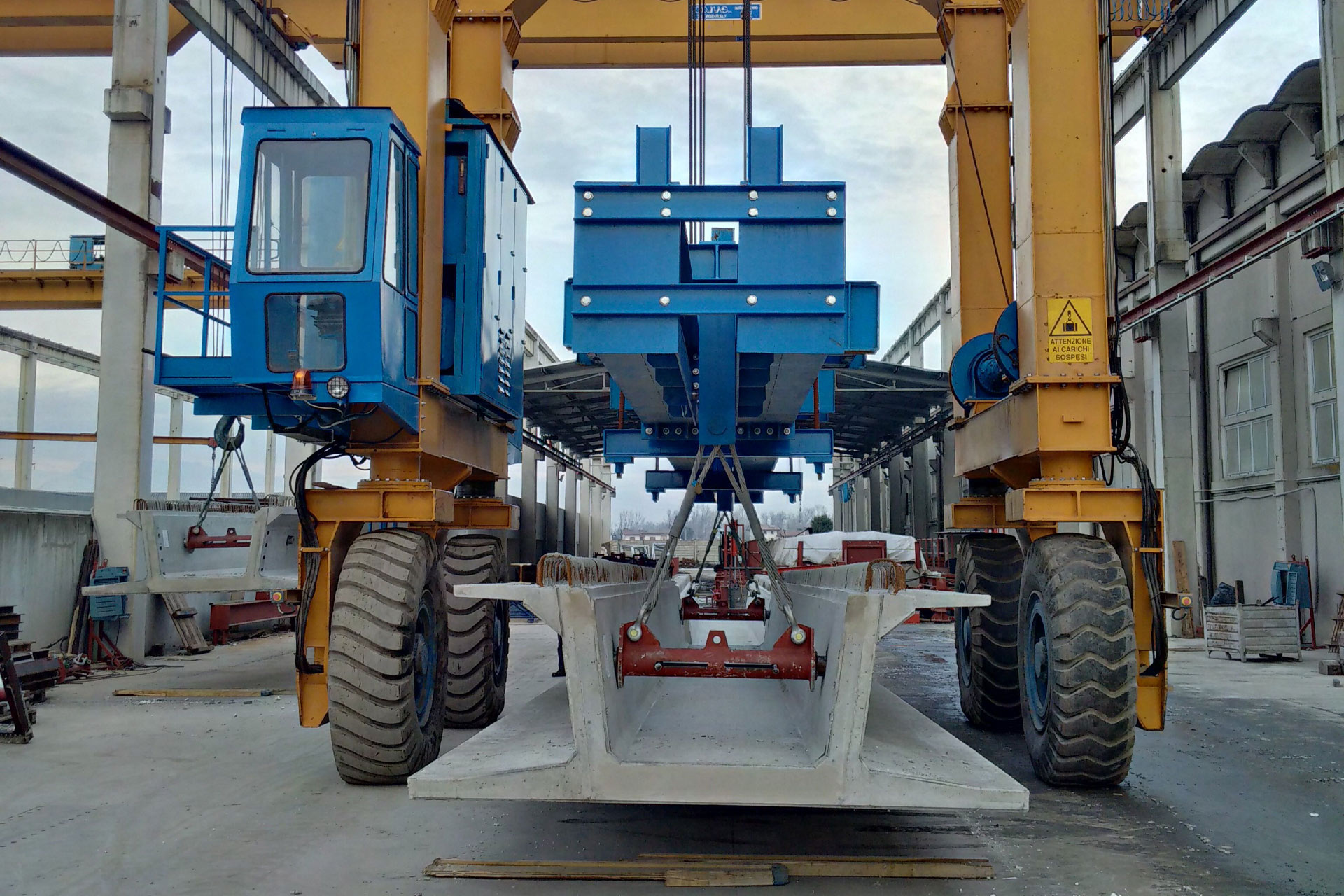 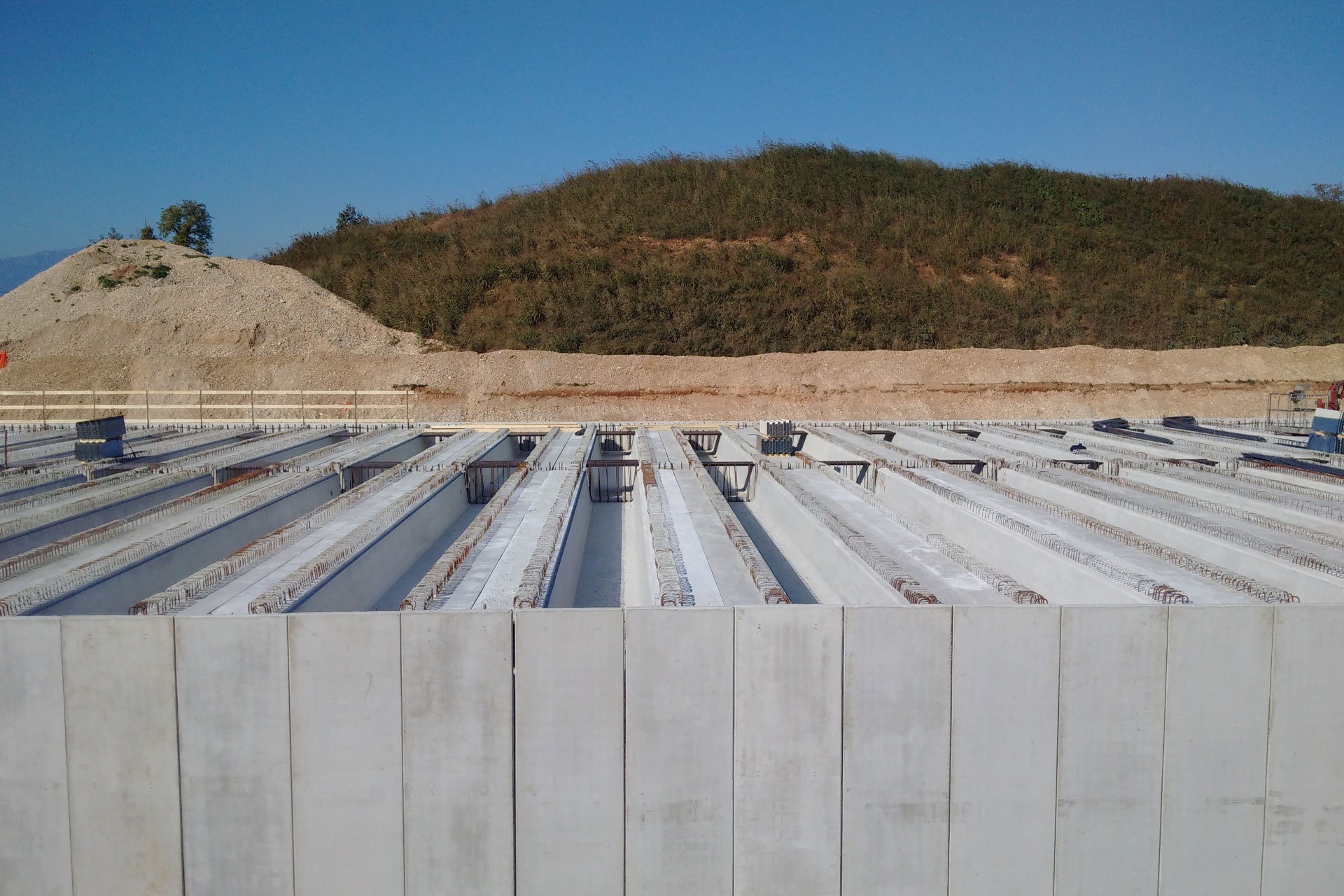 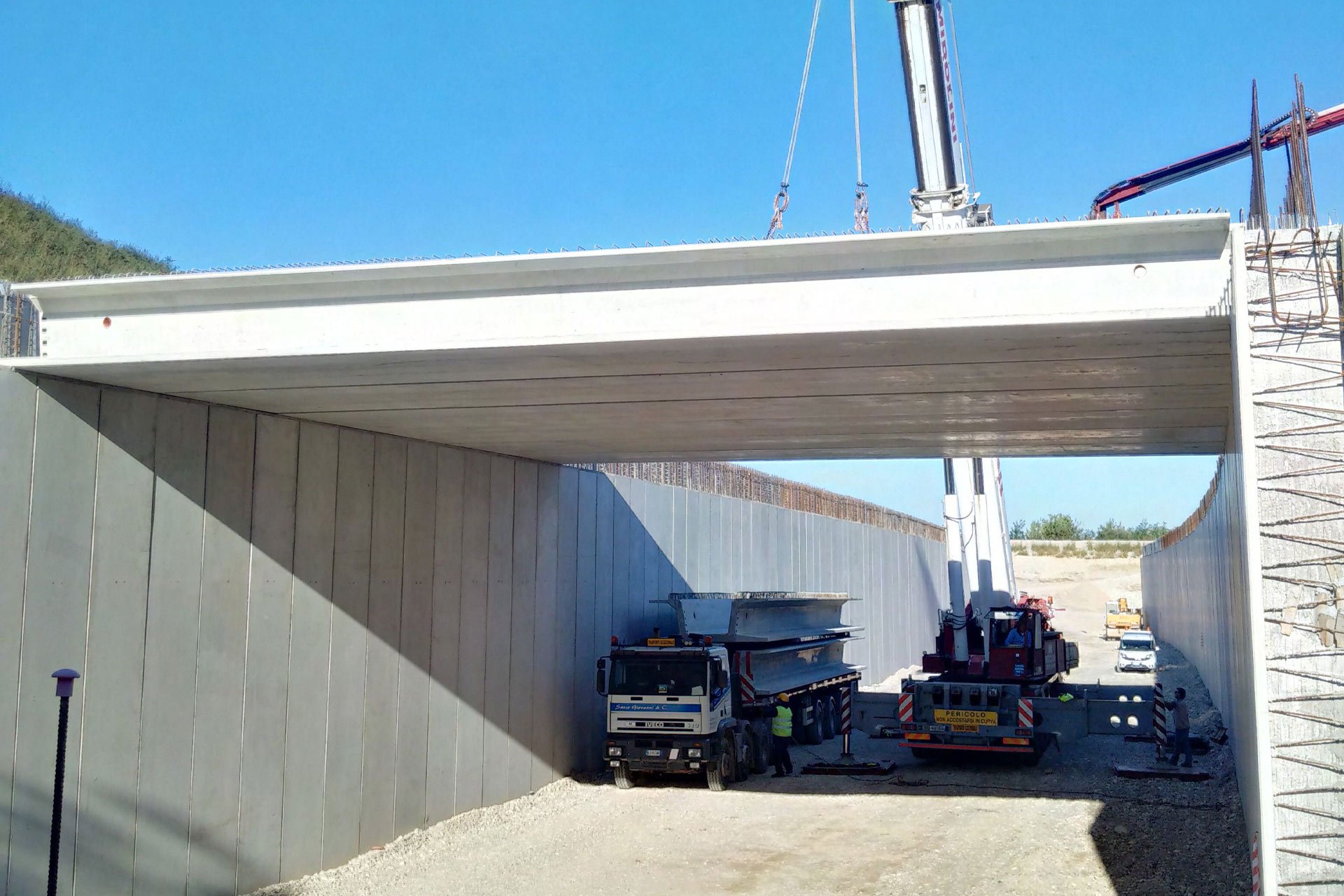 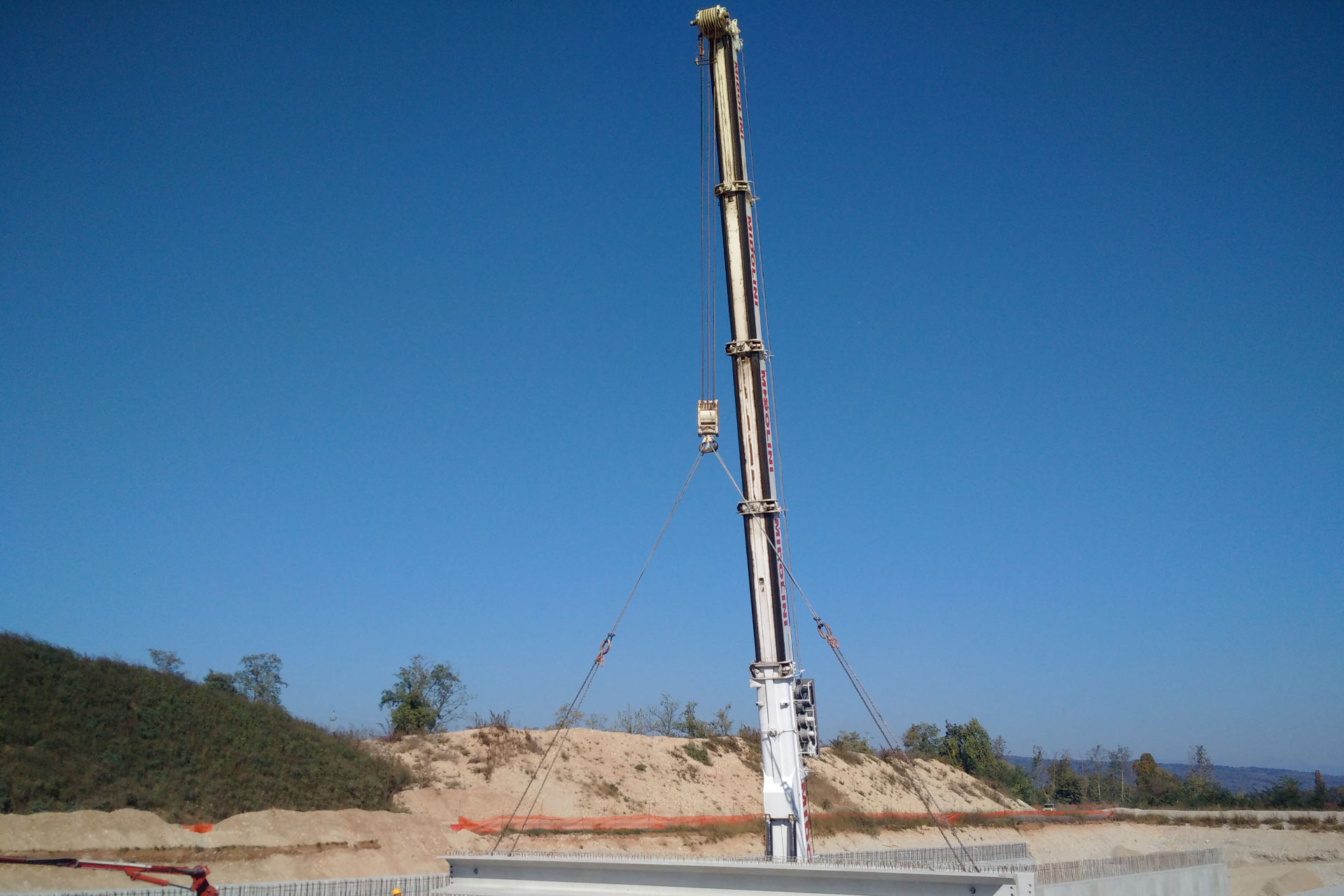